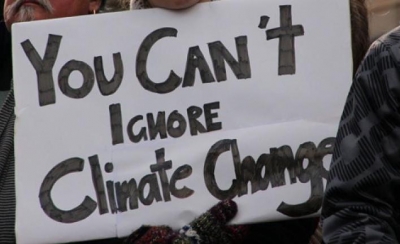 NAIROBI, Kenya (PAMACC News) - For a period of three months leading to the 27th round of negotiations at the UN Conference of Parties on climate change, fossil fuel-linked entities spent close to $4 million on social media adverts, to promote key messages that belittled the fight against climate change, a new report has revealed.

According to the report released on Thursday 19, the phrase ‘energy independence’ was most common and found verbatim in 1925 paid adverts on Meta’s Ad Library – a company that owns Facebook,  Instagram , Messenger and  WhatsApp among others, followed by ‘American energy’ (1558 adverts) between September and November when the UN climate summit took place in Egypt.

This came after the latest Intergovernmental Panel on Climate Change (IPCC) report had warned that “vested interests had generated rhetoric and misinformation that undermines climate science and disregards risk and urgency.”

And now, the environment civil society and nongovernmental organisations particularly form Africa and Asia are even more worried because Sultan Al-Jaber, a pro fossil fuel enthusiast, who is the Chief Executive Officer for a globally leading Gas and Oil firm has already been appointed as the President-designate for the 28th round of climate negotiations (COP 28).

“This is the textbook definition of impunity and conflict of interest. Addressing the climate crisis requires deep cuts in the production and use of fossil fuels. That course of action is squarely at variance with Al-Jaber’s business interests,” said Mithika Mwenda, the Executive Director of the Pan African Climate Justice Alliance (PACJA).

Authors of the new report titled ‘Deny, Deceive, Delay’, which was spearheaded by the Climate Action Against Disinformation (CAAD) are also faulting the social media providers for deliberately supporting climate misinformation and disinformation.

“During COP, Twitter’s search engine pushed #ClimateScam as a top result without any justification for the data behind it,” said Erika Seiber, climate disinformation spokesperson at Friends of the Earth U.S. “Until governments hold social media and ad companies accountable, and companies hold professional disinformers accountable, crucial conversations around the climate crisis are going to be put in jeopardy,” said Seiber, pointing out that Twitter should be held accountable to explain how the inexcusable climate denial trend came to be.

During the climate negotiations, conspiracies surrounding the ‘Great Reset’ and ‘New World Order’ were rife, presenting climate action as part of a plot by ‘global elites’ to exert control and, conversely, claiming that climate change has been ‘engineered’ to destroy capitalism.

At the same time, the climate deniers framed negotiations around ‘Loss and Damage’ as an unfair transfer of wealth to the ‘developing world’, contrasting Loss and Damage to austerity measures and heating bills in the UK, where most high-traction attacks originated during the summit before spreading in the US and Australia. This content largely sidestepped any reference to climate impacts, instead focusing on the benefits of fossil fuels for ‘human flourishing’.

Another newer trend according to the report was ‘wokewashing’ – the adoption of ‘progressive’ rhetoric to oppose climate action. Such framing spanned a range of arguments, including that ‘green technologies’ such as Electric Vehicles are bad or even worse for the environment than fossil fuels, and that climate action constitutes a form of ‘Western Imperialism’ or ‘neo-colonialism’.