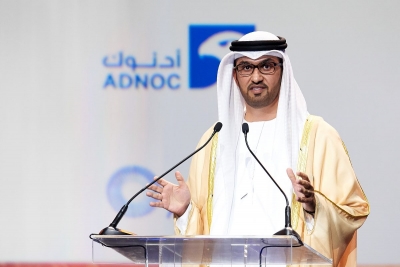 NAIROBI, Kenya (PAMACC News) - Climate advocates in Africa and across the world have expressed concerns following the appointment of Dr Sultan al-Jaber, the Chief Executive Officer of the Abu Dhabi National Oil Company to preside over the 2023 Conference of Parties (COP) on Climate Change.

“I have learned with consternation that they have nominated an oil merchant as President,” said Dr Mithika Mwenda, the Executive Secretary of the Pan Africa Climate Justice Alliance (PACJA), which is a network of over 1000 African environment related civil society organizations.

“We need to be firm and protest against this impunity, otherwise, this is going to be a conference of polluters,” said Dr Mwenda, who has for two consecutive years been named among 100 top most influential individuals in the world by the apolitical.co.

The Abu Dhabi National Oil Company (ADNOC) offers processing, refining, marketing, and distribution of crude oil, petroleum, gas, sulfur, and petrochemical products for consumption worldwide. As of 2021, the company had an oil production capacity exceeding 4 million b/d with plans to increase to 5 million b/d by 2030

“Hosting crucial climate talks in a repressive petrostate is one thing, having a fossil fuel CEO as its President is just mad. Even at this early stage it’s difficult to see how COP28 can lead to any positive progress on the climate crisis, when run by those with a stake in the continued burning of fossil fuels,” she said in a statement.

It is on record that the United Arab Emirates (UAE), which will host this year’s talks in November, registered at least 70 fossil fuel lobbyists to COP27 in Egypt, including Dr Al Jaber, who is the UAE’s Minister of Industry and Advanced Technology and Special Envoy for the Climate.

As a result, COP27 ended in disappointment for many, as fossil fuel producing nations including Saudi Arabia blocked a push by others, notably the US and EU, to include a promise to phase down all fossil fuels in the final deal.

Following his appointment, Dr Al Jaber noted that 2023 will be a critical year in a critical decade for climate action.

“The UAE is approaching COP28 with a strong sense of responsibility and the highest possible level of ambition. In cooperation with the UNFCCC and the COP27 Presidency, we will champion an inclusive agenda that ramps up action on mitigation, encourages a just energy transition that leaves no one behind, ensures substantial, affordable climate finance is directed to the most vulnerable, accelerates funding for adaptation and builds out a robust funding facility to address loss and damage,” he said in a statement.

However, climate activists still maintain that Dr Al Jaber cannot preside over a process that is tasked to address the climate crisis with such a conflict of interest.

According to Tracy Carty, Global Climate Politics expert with Greenpeace International, appointment of Dr Al Jaber sets a dangerous precedent, risking the credibility of the UAE and the trust that has been placed in them by the UN on behalf of people, current and future generations.

“COP28 needs to conclude with an uncompromised commitment to a just phase out of all fossil fuels: coal, oil and gas,” she said noting that Greenpeace is deeply alarmed at the appointment of an oil company CEO to lead the global climate negotiations.