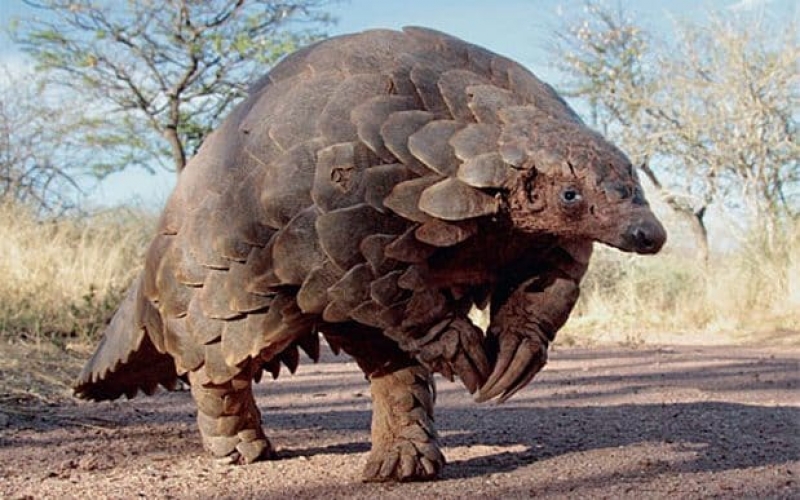 In a major wildlife trafficking bust, Cameroon authorities have arrested six men for smuggling more than 700 kilograms of endangered pangolins and pangolin scales from the Central African Republic to Vietnam. Central Africa is a hotspot for illegally sourcing the scalIy anteater for Asia, where its meat and scales fetch up to $1,000 per kilo.

The arrest was carried out by the Wouri Divisional Delegation of Forestry and Wildlife in collaboration with judicial police and the judiciary after weeks of investigation.

"We are grateful to the local population that collaborated with the security operatives," said the Wouri divisional delagate of forestry and wild life,Georges Mouchaoui .

The operation that was technically assisted by an NGO called LAGA, was carried out during attempts by the traffickers to sell the pangolin scales. The first hearing of the case took place on Friday August 24 and three of the arrested traffickers who had earlier been freed on bail did not show up in court raising fears that they may have escaped. Two of the three fugitives are from the Central African Republic.

According to Georges Mouchaoui a couple of days to the operation, one of the traffickers sent a truck with from Bangui and  it arrived Douala shortly after he had flown to the port city.  The pangolin scales were then driven to a neighbourhood in the town, where an illegal transaction was about to take place but police arrived the scene of transaction and all 6 traffickers were arrested.

"One of them attempted to escape but was quickly stopped," he expalined.

The network accordingly, is spread in three central African countries including Cameroon, the Democratic Republic of Congo, the Republic of Central Africa and also Nigeria with strong market/trade connections to Vietnam.

One of the 6 arrested is  from the Central African Republic while the rest are Cameroonians,security authorities said.

The exposed modus operandi of the syndicate consisted of buying the scales from smaller traffickers  in  Cameroon,  the Central African Republic and the Democratic Republic of Congo (DRC) and exporting to Nigeria via Cameroon. Most of the 700kg of giant pangolin scales originated from the DRC where they have strong cover from members of the ruling elite. When the scales arrive Nigeria, they are assembled for illegal export.

The majority of the scales were from  the giant pangolin which is an animal that is threatened with extinction , The operation that  led to the confiscation of 718 kg of pangolin scales , was technically assisted by LAGA an NGO that assists government in the fight against wildlife criminality and the effective application of the wildlife laws in the country. The traffickers are equally linked to rhino horn and lion trophies trafficking and the LAGA, a member of the EAGLE Network  is pursuing investigations on this.

Cameroon upgraded all three species of pangolins to the class of totally protected wildlife species following the CITES 2016 CoP that listed all pangolin species in annex I. The sub region is considered to be a hotspot for sourcing illegal pangolin scales that is exported mainly to Asian countries. Over the years several tons of pangolin scales have been seized in Asian cities that have originated from the region. it should be noted that in January 2017 two Chinese nationals were arrested with over 5 tons of pangolin scales ready for illegal export.

Government is stepping up efforts in wildlife law enforcement and last year it burnt close to 3 tons of pangolin scales that were seized during law enforcement operations. There is renewed impetus within the wildlife ministry to fight wildlife crimes since the appointment of a new minister at this ministry.