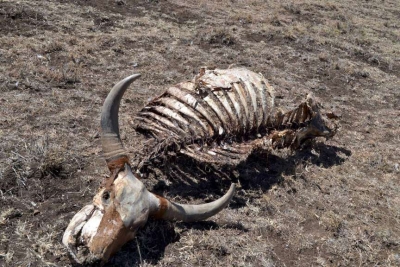 LIBREVILLE, Gabon ( PAMACC News) - Communities in Eastern Uganda woke up to devastating months of July and August. By mid August, at least 30 people had lost their lives due to flash floods, with about 6000 being displaced from their homes.

“These communities in Uganda are at the frontline of the climate crises experiencing massive losses and damage as a result of climate triggered disasters,” said Philip Kilonzo, a climate activist based in Nairobi, noting that the region has never had any history of disasters of such a magnitude.

And now, according to Africa’s civil society organisations meeting in Libreville, Gabon ahead of the Africa Climate Week that begin on August 29, plights of such communities must be heard and decisions to support them made by negotiators at the upcoming 27th round of negotiations on climate change (COP27) in Egypt.

According to Dr Mithika Mwenda, the Executive Director for the Pan Africa Climate Justice Alliance (PACJA), the UN Framework Convention on Climate Change (UNFCCC) and global community must create highly accessible climate financing for such communities in the frontline of the climate crisis.

“There is also urgent need to advance for implementation of climate response measures that enable Africa address its climate challenges as a special needs and circumstances region,” said Dr Mwenda.

This comes at the time the Horn of Africa region is facing its worst drought in more than 40 years despite the floods in Uganda. According to a new report released by the UN Office Coordinating Humanitarian Affairs (OCHA), Kenya is among the countries in the region that are facing the most prolonged drought in recent history.

“Across the Horn of Africa, at least 36.1 million people have now been affected by the drought which began in October 2020, including 24.1 million in Ethiopia, 7.8 million in Somalia and 4.2 million in Kenya,” reads part of the report.

Ahead to the COP 27, the activists in Libreville are calling for establishment of a Loss and Damage Financing Facility, which resonates with the recent messaging of developing countries during the technical process in preparation for the Egypt climate summit in November.

Apart from perennial floods and droughts that have always devastated particularly Northern parts of Kenya and Uganda, lakes in Kenya’s Great Rift region have slowly been rising, thereby displacing thousands of households, causing substantial losses to the economy, land, and livelihoods.

According to a study conducted by the UN Environment Programme (UNEP) in collaboration with the Kenyatta University, the rising water levels of the Rift Valley Lakes, Turkwel Gorge Dam and Lake Victoria is due to hydro-meteorological variables due to climate change that have led to increased moisture availability as seen in the rainfall data and discharge of the rivers feeding the lakes.

The study shows that the increasing water levels are now changing the composition of lake water thus affecting biodiversity. “This is manifested in the reduced number of flamingos who feed on algae whose growth has been affected by the change in alkalinity of the lake waters,” reads part of the study.

Government data shows that approximately 75,987 households have been displaced in the thirteen affected counties with a total population of 379,935 requiring urgent humanitarian assistance.

The affected communities have endured disruptions to their livelihoods; they have lost assets such as homes, grazing lands and farming fields which have been destroyed and/or marooned by the floods.

“We need a finance facility to cushion all these communities from these kinds of vulnerabilities, and also assist those who are have already lost their property find alternative livelihoods,” said Kilonzo.