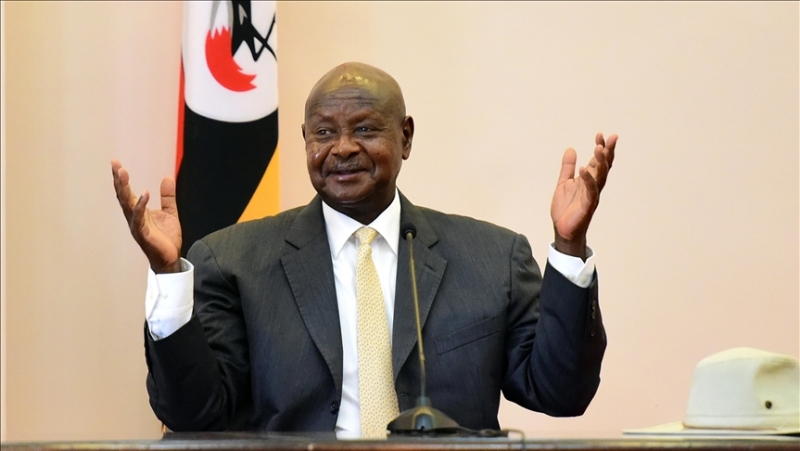 NAIROBI, Kenya (PAMACC News) - As the world prepare for the United Nation’s led summit to discuss global food and nutrition security, Uganda’s President, Yoweri Museveni has pointed out key issues that must be addressed for Africa to attain resilient and sustainable food systems.

During the presidential summit at the Africa Green Revolution Forum (AGRF), which was hosted by Kenya’s President Uhuru Kenyatta and attended by Presidents of Malawi, Rwanda, Namibia and Uganda, Museveni said that the issue of sustainable food systems in Africa was a multidimensional one and should be addressed at different levels.

“The first issue is seeds,” said the president, noting that there is need for African countries to invest in improved seeds and agricultural research. “Fortunately in Uganda we have research institutions, and they have handled the issue of improved seeds for many crops,” he said.

Museveni noted that apart from seeds, countries must address the issue of good agronomic practices, which include control of soil erosion, retention of soil moisture use of recommended farm inputs, good crop and animal husbandry among others.

“We also must address the issue of storage and post harvest handling,” he said. The UN Food and Agriculture Organisation (FAO) estimates from 2011 suggest that as much as 37 percent of food produced in Sub-Saharan Africa is lost between production and consumption. Estimates for cereals are 20.5 percent.

African countries were also asked to embrace farm mechanization and work towards improving the transport systems, particularly the roads and the railway system for easy trade of food commodities.

To sustain food productivity without relying on climatic conditions, the head of state observed that the UN Food Systems Summit must address the issue of irrigation in African countries. Studies have so far shown that in the Sub Saharan Africa region, less than four percent of the area cultivated is equipped for irrigation.

“Some countries like Uganda have sufficient food and we even have surplus. So I urge the Heads of States to address the issue of markets for such countries. Farmers can only produce better if they are sure that they have the market for their produce,” said President Museveni.

So far, the Africa Union has already formed the African Continental Free Trade Area (AfCFTA) with an aim of accelerating intra-African trade and boosting Africa’s trading position in the global market by strengthening Africa’s common voice and policy space in global trade negotiations.

Other issues discussed at the AGRF high level summit include the use of recommended fertilisers, control of crop pests and diseases, soil mapping to understand which food grows better where, overfishing particularly on Lake Victoria, and sufficient electricity supply in all African countries to facilitate food processing.

“In order to overcome (some of the) negative perceptions (about agriculture in Kenya) and to show our children and youth the nobility and profitability of agriculture, we are elevating the place of agriculture in our schools by revitalizing the 4-K-Clubs,” said the Head of State.

President Kagame of Rwanda noted that transforming food systems is the key to achieving the Sustainable Development Goals (SDG). “Some 70 percent of African adults work in agriculture and agribusiness sectors. So if they are not doing well, then Africa is not doing well,” he said.

He observed that Africa needs a transformation on how food systems in Africa are organised. “We must ensure that everyone has access to the food they need on an equitable and affordable basis. For Africa, this means importing less food because we are capable of growing more than what we consume,” he said.

As part of the contributions to the UN Food Systems Summit, the 2021 AGRF conference is expected to yield tangible and concrete outcomes in four areas that include equitable and inclusive livelihoods, build forward better, healthy people and planet, and sustainable food systems.

The UN Food Systems Summit will take place during the UN General Assembly in New York on September 23. It will seek to set the stage for global food systems transformation to achieve the Sustainable Development Goals by 2030.