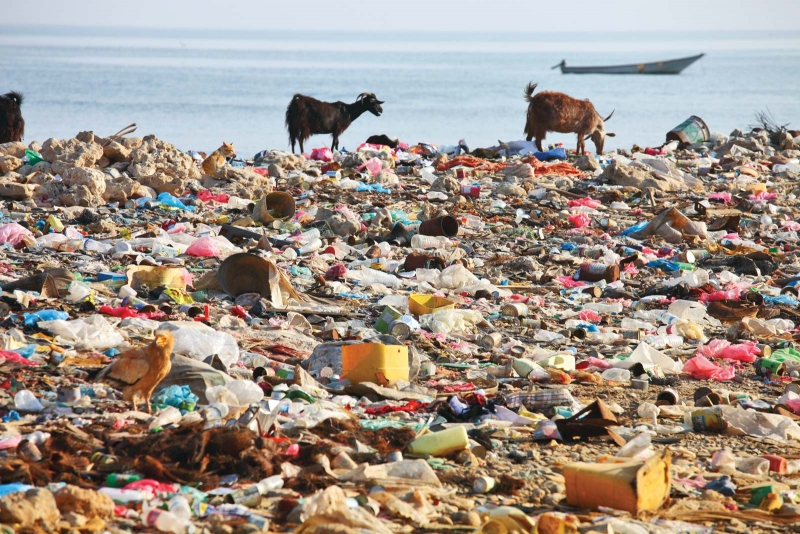 YAOUNDE, Cameroon: The Pan African Climate Justice Alliance (PACJA) has called on Africa and its people to rise against any trade deals and plans that may render their streets and communities a dumping ground for US waste.

The Alliance, with at least 1,000 civil society organisations in 48 African countries under its fold, has especially condemned any plans by oil companies to have a trade deal that would benefit them but weaken Kenya’s rules on plastics and imports of American trash.

In a statement sent to newsrooms today (September 2nd 2020), PACJA’s Executive Director Mithika Mwenda any such plan to “flood Africa with plastics” would be diabolic “and the oil companies and governments behind this endeavour must be shamed and stopped”.

“Africa already receives millions of tonnes of waste from western countries annually. The World Bank estimates that by 2050 waste generated in Sub-Saharan Africa will triple. Right now, 80 per cent to 90 per cent of plastic waste is inadequately disposed of in many countries across Africa,” said Dr Mithika, adding that this posed threats to rivers and oceans.

He was responding to statements appearing in credible media websites insinuating that “faced with plunging profits and a climate crisis that threatens fossil fuels, (Big Oil) is demanding a trade deal that weakens Kenya’s rules on plastics and on imports of American trash”.

Dr Mithika said waste mismanagement was projected to increase on the African continent, and that any additional burden of plastics imports would make it difficult for people and nature to thrive. “We cannot let this happen,” he said.

He called upon the US government to be transparent in its dealings with African countries, noting that it was a glaring concern that already the American leadership had aided the country’s withdrawal from the 2015 Paris Agreement, yet it was responsible for 18 per cent of the total global emissions.

“It is, therefore, wicked and immoral for the US government and its corporate interests to pursue actions likely to cause further havoc and exacerbate existing environmental crises in African countries,” Mithika said. He urged the US government to ensure any of its dealings in Africa were in line with or supported through continued investments in healthcare, sustainable food systems, water, infrastructure to mention a few.

The ED urged big oil investors to begin redeeming themselves by redirecting their resources towards supporting de-carbonised growth in Africa through investments in renewable energy uptake and access.

“Fossils fuels account for nearly 90 per cent of global emissions of carbon dioxide in the atmosphere, which with other greenhouse gasses, is responsible for climate change,” Mithika noted.
Despite contributing only 4 per cent to global emissions, Africa is among the most vulnerable regions to the impacts of climate change and the least capable to either adapt or contribute to mitigating it.

“Big Oil investors should support strides towards an Africa powered by renewable energy and not work to hamper or reverse them,” said Dr Mithika.

“Big Oil investors should support strides towards an Africa powered by renewable energy and not work to hamper or reverse them,” he added.

PACJA and the African civil society are closely monitoring the unfortunate development and has vowed to hold to account “all parties accountable for any trade deals that put the African people and environment in harm's way”.