What kind of just transition is needed to shape a climate resilient future for Kenya? 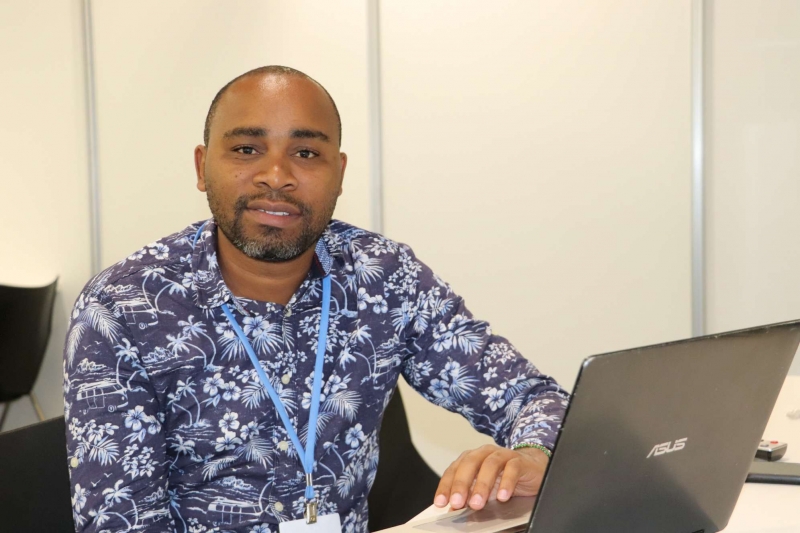 The country has its long-term development blueprint’s social, political and economic pillars (Vision 2030) aligned with the 17 Sustainable Development Goals (SDGs). In 2016, Kenya also ratified the Paris Agreement and submitted a very ambitious commitment of reducing its greenhouse gas emissions by 30% by the year 2030.

In the end, however, success in achieving Vision 2030, the SDGs and living up to the commitments of the Paris Agreement will require a transition to a more equal, socially just, and ecologically sustainable economic model. This model would also have to consider global trends such as digitalisation and automation, which will a profound impact on the kind of jobs that Kenya will create in order to position itself competitively within the region and globally.
Climate change crisis and the transition to low carbon, climate-resilient future

In its climate change policies, plans, and programmes and as part of its commitment to the Paris Agreement, Kenya aims to achieve a low carbon, climate-resilient development pathway. Both the 2015 Paris Climate Change Agreement and the SDGs emphasize the inevitability of a shift toward a sustainable, net zero-carbon future for all. One of the country’s climate change mitigation strategies is to expand geothermal, solar, wind energy, and other renewable and clean energy options, to align its development agenda with the aspirations of the frameworks. The energy sector, for example, is a key economic driver and it is also responsible for contributing a significant proportion of the carbon emissions, and therefore must be at the centre of such an extensive shift.

Kenya has promising potential for power generation from renewable energy sources as the installed capacity consists of 70%  renewable  sources, with enormous potential to expand that base. The abundant sources of solar, hydro, wind, biomass and geothermal resources have led the government to seek the expansion of renewable energy generation. The expansion will lead to vast disruptions owing to the need for technological transformation and also to account for changes in use of resources such as land. One of the major challenges the country will face is that of enabling a low carbon economy that delivers poverty reduction and climate resilience simultaneously. Although this presents a social and technical challenge of staggering proportions, thinking about who sets the terms of transition raises key political questions about the role of actors, interests, and institutions as they seek to advance competing energy pathways and associated technologies.

In July, 2019, the country launched one of Africa’s biggest wind power plant in Loiyangalani, Turkana that will deliver 310 megawatts of renewable energy to the national grid, effectively slashing power costs for consumers. By 2030, the goal is to expand geothermal power production to 5,530 megawatts (or 26% of total capacity), making it Kenya's largest source of clean energy. This transition will also come with new energy technologies and it is also expected that renewable energy jobs will significantly increase. At present, unemployment is a major problem in the country and it will be important to invest in both jobs and skills training to enable Kenyans to tap into the growing investments from the renewable energy sector.

Despite the huge potential of renewable energy, non-renewable energy sources, including the Lamu Coal Plant are also being explored. In August, 2019 the country also joined the league of oil-exporting countries, owing to the conclusion of 200,000 barrels at a price of Kenya shillings 1.2 billion ($12m). The Lamu coal plant was halted by the national environmental tribunal in June, 2019 on the grounds that a proper environment impact assessment study was not carried out. Amu Power, the company constructing the Lamu coal plant says its goal is to, “improve the lives of the communities in Lamu County through; employment creation, infrastructure development, upskilling of the youth and the provision of affordable energy generated from coal power” but what is the value of the project given the negative environmental and social implications it will lead to? Environmental groups deemed the ruling as a success on the pursuit to stop ‘dirty’ energy investments, however, there needs to be a bigger conversation on the political economy of the energy sector and the socioeconomic viability in line with the country’s climate ambition and pursuit for low carbon development pathway.

The agricultural sector remains the backbone of the Kenyan economy and contributes directly to 24% of the GDP and 27% indirectly, making it an important contributor to Kenya’s economy and food security as well as in providing employment for rural and urban households. Over 50% of export earnings in Kenya come from agriculture which is also the largest employer contributing to 60% of total employment in the country. Another important thing to note is that 80% of the rural population in Kenya rely on agriculture. It is a fundamental pillar of the Kenyan economy but over the years there has been no stability in the agricultural sector. The sector has been affected by unstable prices, climate change, and income inequalities in the value chain among other issues. With the climate crisis causing recurrent droughts, changing rainfall patterns, and increasing temperatures, definitely the future of the agricultural sector has to be re-thought especially in livelihoods provision and security of jobs in the sector.

The Kenyan economy is now hugely driven by an informal service/retail sector and still relies to a significant extent on agriculture which is essentially run by smallholder farm family labour, who earn no or insignificant wages. Climate variability and change have adversely affected the agricultural sector and the situation is expected to worsen in the future. This poses a concern as a key driver of the economy which may result to huge food and job losses. In rethinking the future of the sector, various changes are expected including rapid changes in technology.

With climate change impacting critical economic sectors, the current economic growth path in Kenya leads to a widening gap between the poor and rich. Unless Kenya can significantly include inequality reduction strategies in its development agenda and bring along the millions of people currently working in insecure informal employment, achieving its development targets linked to the SDGs will be challenging. It is therefore important to link actions on SDG 13: climate action to SDG 8: Promote sustained, inclusive and sustainable economic growth, full and productive employment and decent work for all and; SDG 10 reducing inequality within and among countries requires countries to address inequalities.

Pursuing a Just Transition for Kenya

Just Transition refers to a vision-led, unifying and place-based set of principles, processes, and practices that build economic and political power to shift from an extractive economy to a regenerative and socially just economy. Bringing justice to economic transition processes in Kenya is possible if preventive and strategic action is taken and if economic, social and climate change adaptation policies are designed in a way that they adequately take into consideration the needs and rights of those people who are most vulnerable. For just transition to work, economic development has to be connected to the climate justice dimension.

Kenya is pursuing its low carbon development pathway through different interventions including mainstreaming climate change actions into its development plans as well as the domestication of international obligations such as the Paris agreement, SDGs among others. This transition to a cleaner, more sustainable economy must, therefore, be economically and socially just, fair for people and their communities. A just transition means a complete package of sustainable policies and social programs that will allow the majority of the population to benefit from change, rather than bearing its costs. This means going beyond providing a reliable system of social protection and compensation to those who will be affected to bringing economic life into a social and democratic framework.

With the expected changes in the different sectors it is important to look at the kind of jobs created and whether they are equitable and decent. What kind of wages and social protection will the employees in the sectors get? Which parts of the workforce would be affected? What kind of skills will be required to enable Kenyans to tap into the opportunities coming with new technologies or growth trends? Some changes in the different sectors will come with rapid advances in digital technology and global trends of the automation which are changing the global economy. It will be important for Kenya to rethink what digitalization and automation will mean for its potential integration into global supply chains and as a consequence which jobs can be created in Kenya.

Realizing SDG’s and Paris Agreement obligations Realizing the targets and indicators under the SDG’s as well as its commitment under the Paris Agreement, Kenya has made efforts in localizing the frameworks to fit within its national and local development contexts. In the Kenyan case, the County Integrated Development Plans (CIDPs) could be conceptualized as tools for localizing the implementation of the two frameworks. While the frameworks are there, what is needed is a broader debate on the necessary steps towards a just transition in Kenya.