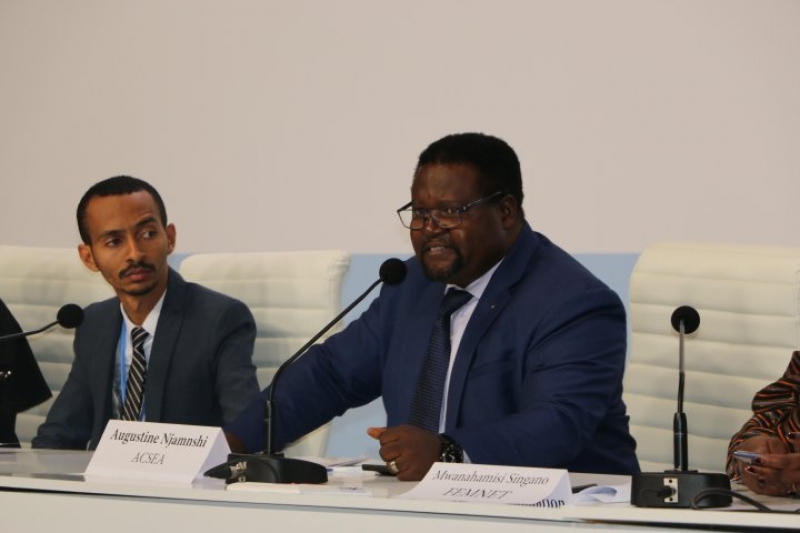 MADRID, Spain2 (PAMACC News) – African civil society organisations are pressing for a decision at the Chile Climate Change Summit taking place in Madrid, Spain, (COP 25) that recognizes the special circumstances and needs of the continent, which is among the hardest hit and the least prepared for the adverse impacts of climate change.

Among other things, current projections show that the continent will warm 1.5 times faster than the global mean. In 2018, the Intergovernmental Panel on Climate Change (IPCC) revealed in its Special Report that parts of Africa are already experiencing 2-degreewarming, higher than 1.50as previously estimated. Regions in Africa within 15 degrees of the equator are projected to experience an increase in hot nights as well as longer and more frequent heatwaves, according to the UNFCCC Secretariat.

Climate change impacts will, therefore, affect Africa more than every other region of the world, even if ambitious targets to limit global mean temperature rise at 2 or 1.5 degrees are met. This raises a justice and equity question since Africa only contributes less than 4% of global emissions and does not benefit from the resources of the energy-intensive economic development typical of rich countries.

“We cannot be treated like other regions,”says Dr Mithika Mwenda, Executive Director of the Pan African Climate Justice Alliance, the leading voice on climate justice in Africa. “Without substantial support, Africa will not only be unable to cope with the devastation of climate change but will be unable to contribute its share in addressing the problem.”

“We believe this is a great opportunity to recognize that Africa is a special case requiring special attention to enable us collectively deal with the climate emergency,” says Augustine B. Njamnshi, chair of the political committee at PACJA. “We call on parties to take a decision recognising these special circumstances and the needs that go with them in terms of finance, emergency response and technology development. Recognising the special circumstances and hence special needs of Africa will lead to finding solutions to ensure that Africa has the support it needs to effectively implement the Paris Agreement.”

Africa’s demand to be considered as a special case is supported by science, says Prof Seth Osafo, legal adviser of the president of the African Group of Negotiators.

“The IPCC special report [2018] identifies clearly that Africa continues to be the most vulnerable region to the impacts of climate change. Last year, the cyclone (Idai) that hit southeast Africa caused serious destructions and the affected countries (Mozambique, Malawi and Zimbabwe) and still suffering as a result of this.

“Floods have increased in many parts of Africa and weather patterns have completely changed. We believe that Africa needs support, not only in terms of money but also technology, to deal with these issues and contribute to meeting the global target for addressing climate change.”

In a position statement, African CSOs also called on rich countries to step up climate action through enhanced Nationally Determined Contributions (NDCs) to levels commensurate with the current estimates of the severity of the climate emergency and urgency of needed action.

The UNFCCC secretariat expects COP25 to be a “launchpad for significantly more climate ambition.” Current commitments, particularly from rich countries, fall short of the level of emission cuts required to slow global warming and avert a climate breakdown.

“The New York Climate Summit was revealing in many regards,” PACJA said in a position statement.  “It did not only show that the smaller developing countries are determined to contribute to the fight against climate change, but that they are even willing to do more (sacrificially) to make sure that climate change remains in the multilateral space and top on the agenda.

“Seventy or so countries that have indicated their willingness to enhance their ambition are mostly small or medium countries. This suggests that the big emitters have still not come to the table with their enhanced commitments.”

Other positions adopted in Madrid today include a call for robust and environmental guidelines for international cooperation and carbon markets; a review of the Warsaw international mechanism on loss and damage to have a clear means of implementation, especially for emergency response in Africa; and a demand for scaled-up finance and capacity building to meet the climate change adaptation challenge the continent faces.

Hoping to influence negotiations at multiple levels, African CSOs also asked for the adoption of common time-frames for a harmonious evaluation of NDCs and pay special attention to the gender undertones of climate action.