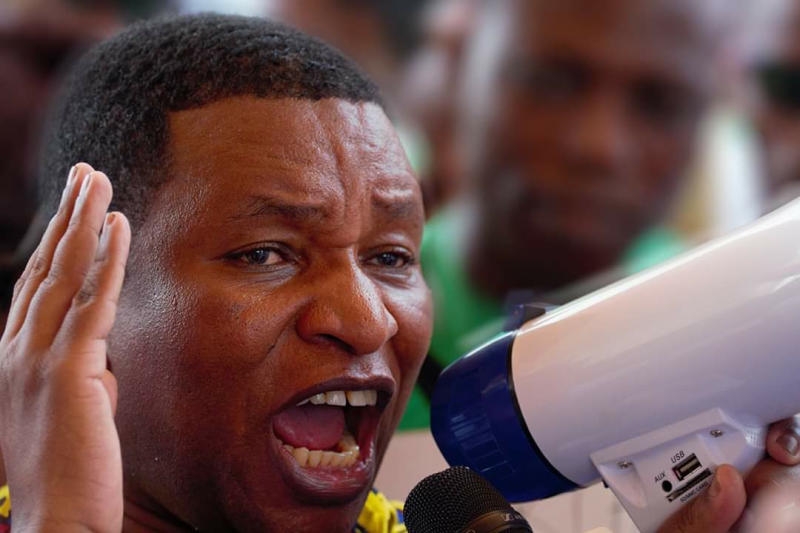 PAMACC News - Joseph Mithika Mwenda, a Kenyan climate activist and the head of the Pan Africa Climate Justice Alliance has received the prestigious Earth Care Award by the Sierra Club at a colourful ceremony held in the Marriott Oakland City Centre in Oakland, California.

The award comes just a few months after Apolitical, a global network for governments announced him among the 100 most influential persons especially on climate policy, nominated by hundreds of public servants from around the world, including experts at the United Nations Development Program (UNDP), Harvard University, Oxford University, Bloomberg Philanthropies and non-governmental organisations (NGOs).

The Sierra Club is the most enduring and influential grassroots environmental organisation in the United States which brings together 3.5+ million members and supporters who fight and defend everyone’s right to a healthy world.

“This is not a singular honour but the recognition of the work by thousands of PACJA members and partners in Africa and elsewhere who have sacrificed all what they have to ensure we reach this level,” said Mwenda soon after he was nominated in June “With profound humility, I accept this Award that will no doubt energise my resolve to continue fighting to accord voice to those at the frontline of climate crisis.”

Mwenda has been steadfast in the fight for climate justice from the country level in Africa, to the international conferences through the Pan Africa Climate Justice Alliance (PACJA).

The alliance is a consortium of more than 1,000 organisations from 48 African countries, and brings together a diverse membership drawn from Faith-based Organisations, Community-Based Organisations, Non-Governmental Organisations, Trusts, Foundations, Indigenous Communities, Farmers and Pastoralist Groups with a shared vision to advance a people-centred, right-based, equitable, just and inclusive approach to climate change response.

PACJA is implementing a variety of projects that traverse direct programming, policy and advocacy, sub-granting and capacity building, mainly focusing on the most vulnerable groups that are “unreachable” in traditional development paradigms.

The Alliance plays a central role in key African processes spearheaded by African Union, UN Economic Commission for Africa (ECA) and African Development Bank (AfDB), among them, the flagship Climate for Development in Africa (ClimDev) Programme. It is a Partner in Adaptation of African Agriculture on Climate Change Initiative (AAA), whose main goal it to build resilience for the mainly smallholder agriculture from climate shocks.