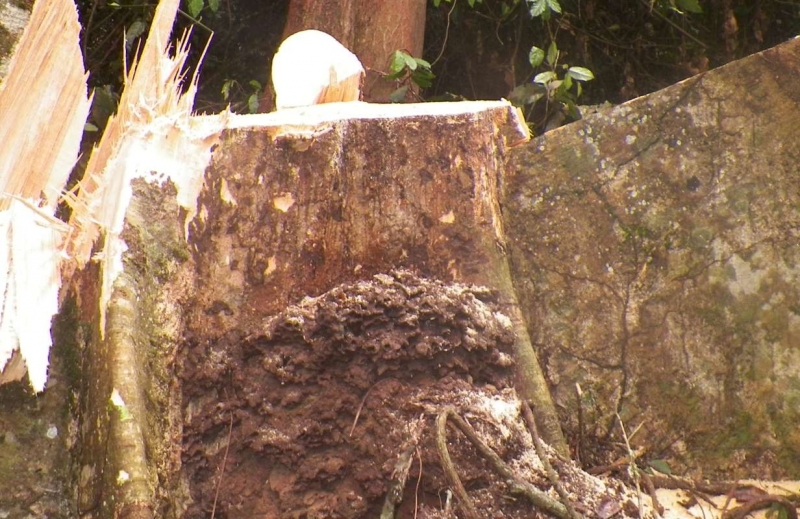 Every tree that is cut has to be replanted

YAOUNDE, Cameroon (PAMACC News) - The Africa Forest Forum is set to launch eight training compendiums on various aspects of climate change in forestry to expand knowledge on the subject as it marks ten years of existence on May 22, 2019, in Nairobi, Kenya.

Since its establishment, the forum (AFF) has provided a bridge between science-based knowledge and good policies to support sustainable forest management, effectively working within a science-policy-management framework.
“We started this journey on December 06, 2007 when AFF was registered as a not-for-profit NGO in Nairobi Kenya, and with a grant from the Swedish International Development Cooperation Agency in 2008, which helped us, among other things, to set up a platform that could support African forestry stakeholders to discuss and mobilize resources for improved management and use of their forest and tree resources,” said Prof Godwin Kowero, Executive Secretary-CEO at AFF.

Since then, awareness has grown on the role of forests and trees in national economic development, livelihoods and environmental stability, with AFF  steadily gaining membership and capacity to work on these and other related issues.

As one of the lead organization in the continent to promote sustainable forest management, the organization says it has delivered internationally renowned research in sustainable forestry and helped various member countries make their forest more productive, better for wildlife, and prepared for the challenges of a changing climate.

The institution says it has worked along with its partners, on several key fronts over the past ten years. Some of its successes include “promoting shifts in perceptions, priorities, values, capacities and skills to bear on subsequent impact on forestry and related decisions and practices. The interventions leading to this have included convening on specific issues, advocacy, partnerships and collaborative activities, knowledge brokerage, facilitating capacity and skills development, research and development activities.”

The goal accordingly has been to initiate a process through which local communities are seen and treated as critical stakeholders (participants and beneficiaries), while strategies for harnessing the potential of forest and tree resources to support livelihoods today, some of which employ these interventions, are given as much attention as the sustainable management and wise use of these resources for the benefit of future generations.

It also shows that the annual value of trade in non-timber forest products is largely unknown since these products are traded informally; however, some estimates put it at over USD 500 million. Africa’s forests contribute 21% of total global carbon stock held in forests.
African forests support most rural livelihoods in the continent by providing income generating and employment opportunities.

“In many cases these forests support up to more than a third of the household incomes,” AFF says.

The forests in Africa are also important in regulating supplies of water since many river head waters are found in them. On steep slopes, river banks and even on flat terrain, they protect the soil from erosion. They are important sources of fodder for large populations of livestock and wildlife; in fact, most wildlife game parks and wild animal reserves in Africa are found in the forests and woodlands. They also provide the bulk of energy in the countries in which they are occur, in the form of fuelwood for domestic and rural industry uses, according to AFF.

The African continent according to CIFOR contains about 30 percent of the world’s global rainforests, second only to the Amazon. Scientists and conservationists have in the last decade benn multiplying discussions on the changes the forests are expected to undergo in the 21st Century.

“Climate change is a major issue for much of the world, but for Africa, in particular. And there’s much interest and concern around Africa’s forests, which is the second largest area of tropical forest in the world after the Amazon forest. And yet there’s been very little synthesis of the research that’s there. There’s much less known about both climate and forest and people and their interaction in Africa compared to many other regions of the world,” says professor
Yadvinder Malhi director of Oxford’s Center for Tropical Forests.

There’s been extensive deforestation in West and Central Africa with much of the land cleared for agriculture over the last 20 to 30 years, scientists say.

They are therefore raising their voices for the continuous protection of the remaining rainforests, better land management for agriculture and new research into the effects of climate change.
The African Forest Forum says it is effectively playing this role working with many stakeholders on these and other forestry related issues.

During the Nairobi event, the AFF will release a book titled, “The State of Forestry in Africa: Opportunities and Challenges will take place in Nairobi Kenya.