This man Mithika Mwenda: One of World's top Influential People on Climate Policy 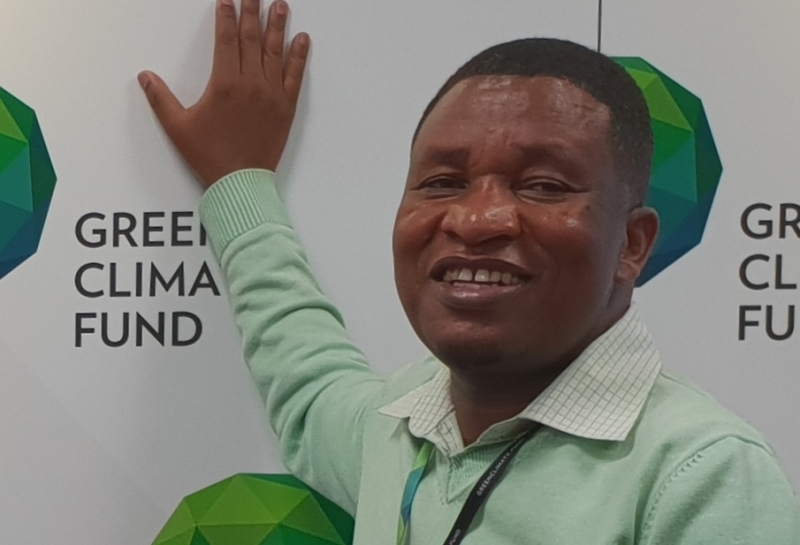 Despite being the executive director of Pan African Climate Justice Alliance (PACJA), a civil society organization that champions for a healthy earth, Mwenda never thought that he was on the same level with some of the prominent people in the world.

So when the announcement by Apolitical, a global network for governments came, last month, Mwenda’s name was among the 100nominated by hundreds of public servants from around the world, including experts at the United Nations Development Program (UNDP), Harvard University, Oxford University, Bloomberg Philanthropies and non-governmental organisations (NGOs).

The list has people currently making the biggest impact on climate change policy including government ministers, academics, environmental activists and the church where Catholic’s Pope Francis is from.

The list recognizes include high-profile advocates whose work is indispensable to raising awareness and demanding change. Others are young rising stars who are making their mark in local communities and are a driving force behind governmental progress.

“I was in Ghana attending a climate change conference and when this announcement was done I didn’t have an iota of imagination that I could be in such a distinguished roll. I learnt of it in a peculiar way people were greeting me…congratulating me on the accomplishment. That’s when I learnt that I was in the same league with top celebrities, religious leaders and politicians in the world. It is still a humbling recognition,” Mwenda said.

Mwenda, who comes from Meru County said he has dedicated the last decade in building PACJA since a small group of people met at Johannesburg’s suburb of Sandton, South Africa in 2008 and expressed desire to have a unified platform on climate change and environment in Africa.

“It has been a fulfilling journey, a journey of ups and downs but we eventually arrived where we wanted. Am happy I have contributed, together with my colleagues and partners across the continent, the most formidable environmental movement in Africa. We most of more than 1000 organisations in 48 countries,” Mwenda said.

He said Kenya can be considered a first mover in matters climate change and a pacesetter in policies to address the scourge.

“It became the first country in Africa to enact the most comprehensive law on climate change, the Climate Change Act, 2016 which was signed by President Kenyatta in May 2016,” he said.

Mwenda said the law puts in place a framework which defines actions to be undertaken by stakeholders to mainstream climate change in the entire political economy of the country.

“In addition, several Policies to mainstream the problem have been put in place, including the National Climate Change Action Plan 2018 – 2022. There is also the National Adaptation Plan, the National Green Economy Implementation Strategy, among others,” Mwenda said.

He revealed that he and PACJA have played a key role in helping the Kenya government draft climate change legislation.

“Together with some colleagues, we reached out to former Bureti MP Franklin Bett, in the 9th Parliament to come up with a Private member’s Bill on climate change, which evolved into the Climate Change Act, 2016. I can confidently say that this Law was mainly driven by civil society and MPs,” he said.

He observed that the Ministry of Environment which coordinates issues related to climate change was initially hesitant to participate in the discussions around the law, but could not resist the momentum built through the mobilization which followed.

“Though the ministry eventually took charge of the process, am happy that we catalyzed a process which gave Kenya accolades in international arena. I also acknowledge the effort by other former MPs such as Rachel Shebesh, Uasin Gishu Senator Prof Margret Kamar, former Emuhaya MP and Vihiga Governor Dr Wilbur Otichillo and North Horr Chachu Ganya for working with us to ensure the law received overwhelming support inParliament. It was not an easy journey, though. I remember many interests stood on the path against us, and that is why it took almost 10 years to achieve,” Mwenda said.

But he acknowledged that it is one thing in signing and adopting international agreements like the historic 2015 Paris Agreement on climate change, and another thing altogether in implementing such Agreements.

“I want to be brutally honest: Kenya is very good in policies, including international ones, but very poor in implementation,” Mwenda said.

He observed that all countries have submitted to the UN Framework Convention on Climate Change (UNFCCC), the UN body mandated to coordinate climate action, their Nationally Determined Contributions (NDCs).

“These are sets of actions all countries were required to undertake as their commitment to the implementation of the Paris Agreement. The guidelines for the NDCs implementation were finally agreed during the annual conference of countries in Poland last year,” he said.

But the biggest challenge, he noted, for this ambitious effort is money required to undertake such actions.

“Kenya, for instance, has estimated that it will require around Sh40 trillion till 2030 to meet its obligations. Definitely it will require massive donor support, which may not be forthcoming. The World Leaders will be meeting on 23rd September this year in New York to discuss how to raise resources to support climate action in the world. The issue remains emotive, and it has divided the world on who should carry this burden,” Mwenda said.

He added that asany other African country, Kenya’s carbon footprint is very negligible compared to that of industrialized countries. As per the Paris Agreement, however, Kenya has committed to pursue a low-carbon, climate-resilient green economic development pathway. Through this, the government of Kenya will reduce its emissions by 30 per cent by 2030.

“The challenge here is that massive resources which exceeds the ability of Kenya are required. I doubt whether the Donors will be able to provide all the trillions of money required to meet this ambition. That’s why creativity is required, including roping in the private sector as they are both culprits in pollution while at the same time they can provide solutions,” he said.

He called on African countries to strengthen their voice in international negotiations to ensure they get the best bargain for their people in decisions made at various levels, adding that they should resist fragmentation by interested parties who do not what to meet their obligations.

He also observed that during the “One Planet Summit” hosted by Presidents Uhuru Kenyattaand France’s Emmanuel Macron on the sidelines of the fourth Session of UN Environment Assembly in Nairobi last month, Uhuru committed himself to increase the forest cover to 10 per cent by 2022.

“A marshall plan is required to achieve this ambition, otherwise it will be another proclamation without action. Uhuru should go beyond the government to achieve his dream. The civil society, communities and private sector should be incentivized to become partners of this effort,” Mwenda said.

Acknowledging that communities are custodians of forests and their resources, any effort to preserve or protect forests which doesn’t involve communities will be a cropper.

“But this is the current scenario. In paper we have very interesting policies to manage our forests, but the reality on the ground paints a picture of periodic conflicts with communities as the Kenya Forest Service, which bothers more about trees than the people who live with these trees. We need people to have ownership and pride in their ecosystem,” he said.

He said the unpredictable weather patterns-long dry spells will remain with Kenyans for the foreseeable future, based on authoritative scientific evidence, particularly the Intergovernmental Panel on Climate Change (UPCC).

“Kenya should integrate climate change into all its development strategies, notably the Vision 2030, Uhuru’s Big Four Agenda, National Climate Change Action Plan 2018 – 2022. Counties are currently aligning their CIDPs with the National Policies. So much is going on, but much more need to be done,” Mwenda said.

“This was a personal achievement. In addition, I was elected to Chair the Institutional Collaboration Platform (ICP) of the Climate Research for Development in Africa (CR4D), spearheaded by African Union, World Meteorological Organisation, UN Economic Commission for Africa, among other Institutions. Such humbling call for duty is quite an achievement for me,” Mwenda said.

Mwenda is also the Southern Civil Society Observer to the Forest Carbon Partnership Facility of the World Bank, and recently, joined a global committee for the “United for Climate Justice”, a mobilization initiative driven by both governments and CSOs to advance the narrative of climate justice during the UN Secretary General’s Summit in New York later in the year.

He was actively involved in pro-democracy and governance movement that was agitating for expanded democracy in his country, which engineered the promulgation of one of the most celebrated people-driven Constitutions in the world in 2010.

He studied in Moi University where he was a student leader, before joining Jomo Kenyatta University of Agriculture and Technology for post-graduate studies in Public Policy Analysis. He is now pursuing his PhD with the University of Witwatersrand, South Africa.