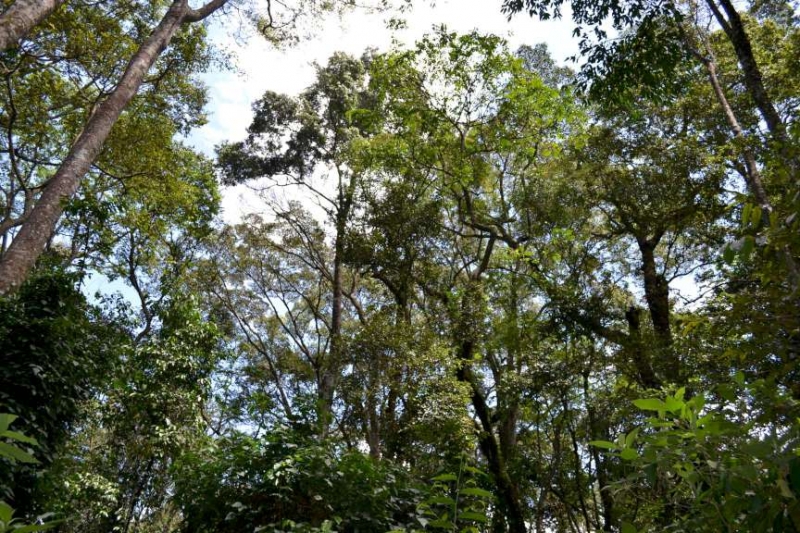 ACCRA, Ghana (PAMACC News) - Civil society and indigenous forest communities have expressed concerns over the accelerating decline of forests in African countries, and called on drastic measures to reverse the trend.

Around 100 participants from 20 forest-dependent countries across Africa are meeting on the sidelines of the UN “African climate week” to share experiences and exchange ideas on various efforts spearheaded by governments to address deforestation and forest degradation, popularly known as REDD, in Africa.

Welcoming the participants to the meeting, the Executive Director of the Pan African Climate Justice Alliance (PACJA), Mithika Mwenda decried the inertia in some governments, but appreciated innovative mechanisms that are being put in place to promote forest preservation.

He particularly pointed at the Forest Carbon Partnership Facility (FCPF), a World Bank-funded mechanism to support forest programmes in support of the global call for action against climate change.

“It’s not enough to agree, sign and adopt the Paris Climate Agreement,” Mithika emphasised. “It is important to move beyond it and take action at local level, at communities we come from.”

“Climate Justice Movement is growing tremendously and we see how it is being energised by young people across the world,” he said, noting that this is the only way to bequeath a better planet to the next generation.

Mithika also expressed the desire of civil society to contribute at the Africa Climate Week and share perspectives on the climate solutions and how they impact on livelihoods and environment.

Joseph Ole Simel, the Executive Director of the indigenous organisation, Mainyoto Peoples Integrated Development organisation (MPIDO), which is co-hosting the meeting with PACJA, reiterated the strength in the collaboration among organisations and people sharing common heritage and challenges.

“The impact of climate change is affecting the vulnerable communities we represent here and thus we need to be very proactive as we cannot be spectators anymore,” he said, adding that indigenous people in Africa will continue with such collaborative efforts until their visibility and impact is assured.

“So far we are doing very well but I think we must do more,” he noted.

The workshop will facilitate regional exchange to encourage first-hand learning and sharing of experiences from civil society and forest dependent IPs engagement in REDD+ processes, and from the Capacity Building Project being implemented by PACJA and MPIDO

The meeting is part of the activities implemented by PACJA and MPIDO, which are intermediaries for the Pan African FCPF Capacity Building Program on REDD+ for CSOs and Forest-dependent IPs supported by the Forest Carbon Partnership Facility (FCPF) of the World Bank.

It will also broaden conversation around the FCPF Capacity Building Program and broader REDD+ Readiness/ implementation processas well as strengthening the REDD+ community of practice among 18 FCPF Countries in Africa through.

In addition to civil society and indigenous groups, government representatives from some countries also attended the meeting.