Where will you be when climatic conditions reach a point of no return? 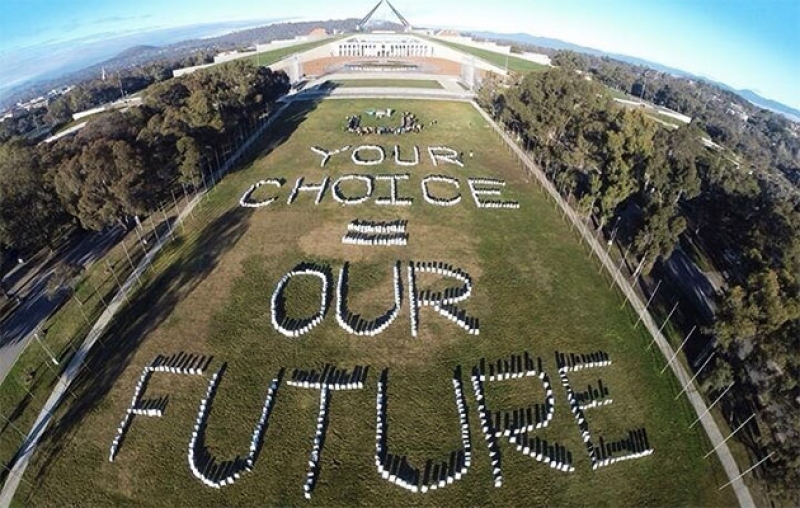 For the past 24 global leaders have met to discuss climate change only to come up with policies and resolutions with different acronyms. Right now, the excitement is about the Paris Rule book, which we hope will be a guideline for Paris Agreement implementation. But should we as young people have the same kind of excitement?

The Intergovernmental Panel on Climate Change (IPCC)’s 1.5 special report warns that we have only 12 years before we het to a point of climatic changes that will be irreversible, meaning they become permanent. As a young person in my 20s I would be worried because the number 12 is very key for out livelihood.

12 years from now if you are in your 20s you will be around 30 to mean some will have started families or probably settled down in jobs in various sectors like the government, the private sectors and the CSO sectors. But I cannot help to wonder how "Climate Resilient" our young people are. Do they know that the fact that the world has admitted that it may not meet the 100 billion dollar target will affect them far much beyond than they can imagine.

The confession by the Standing committee on finance to only meet the 60% of the funds translated that there will be more hardships for your people up ahead. It is evident that the climatic conditions will get worse but it is also evident that the kind of decisions the young people will have to make as the next decision makers in the next 12 years will be even harder.

Mr. Antonio Guterres the Secretary General to the UNFCCC said as I quote, "The older generation are behaving badly" while this should not deter the efforts being made but it is clear that the pattern we have been using over the past 24 years are clearly not working. As a young person I fell it is time for not just action but double climate actions.

The older generation has had the luxury of banking on the principle of "Common but differentiated Responsibilities" where our developing world claims not to be at par with the developed world thus more responsibility falls on the developed world. I feel we need to look at this principle from a youth perspective where the older generation irregardless of whether or not are developed or not need to own up to the fact that they have more responsibility to sefaguard a future for we the younger generation. More responsibility because they have longer experience and they were present when things were abit better therefore they ought to have safeguarded the environment. As a young people "Double Climate Action" need to not only protect the environment but buffer us from the foreseen tough decisions that wait us ahead.