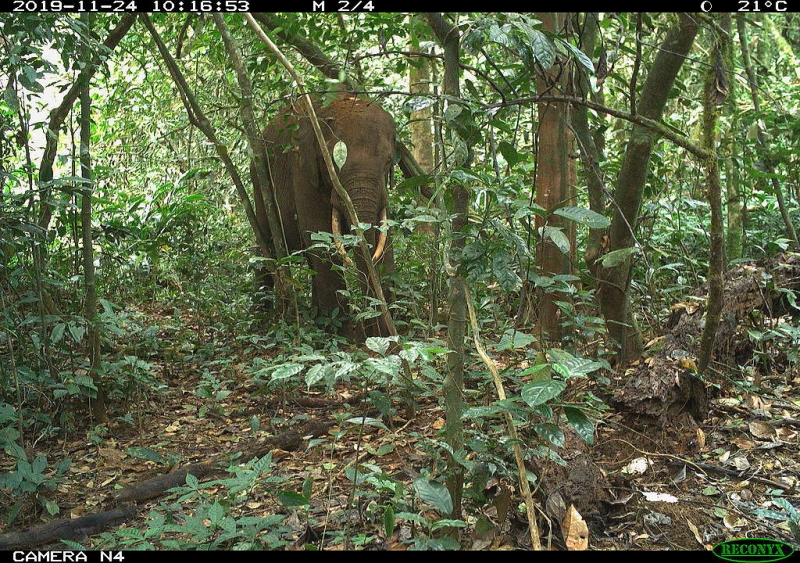 YAOUNDE, Cameroon (PAMACC News) - The Cameroon government has issued a decree No 20203216 of 14thJuly 2020 to log Ebo Forest, destroying one of the rare natural forest ecosystems in the Gulf of Guinea, stretching over 2000km2 and known to be a massive biodiversity hotspot and stocking millions of tonnes of carbon.

The decree signed by the Prime Minister Joseph Dion Ngute gives a go ahead to the Ministry of Forestry and Wildlife to exploit 85,000 hectares of the 150,000 hectares of the Ebo Forest, located in the Littoral region of Cameroon amidst multiple protests by the local population and international forest rights organizations.

At a press briefing in Yaounde July 22,2020, to explain the raison d’etre of the decision, the Minister of forestry and wildlife Jules Doret Ndongo said  “the logging concessions to be exploited in the Ebo Forest are neither occupied nor exploited by the people of the region concerned.’’

According to the Minister the government was quite aware of the worries of the riparian communities around the forest area and ‘the protection their interest has been taken into consideration’.

He assured that the government will respect its forest conservation policy while carrying out timber extraction needed to boost the economy [swell state coffers] .

The government also said it rejected a request in June 2020 for tax reduction made by the loggers’ association GFBC. The logging sector complained their activities have been grounded by the effects of corona-virus.

Also reacting to the tax reduction request by the loggers association, Greenpeace Forest Campaign Manager for Africa in Cameroon, Ranèce Jovial Ndjeudja in a letter said,

“The real problem underlying the logging industry is not its current failures to pay taxes, but its ongoing contribution to human rights violations and destroying the planet. Giving tax breaks to logging companies might mean public funding for our next pandemic”.

“We must protect nature so nature protects us. The current distress of the logging sector is a good opportunity to rebuild our economy into sustainable sectors that neither exacerbates the climate emergency and the biodiversity crisis nor threatens our health”, Ndjeudja concludes.

The riparian Ebo forest communities of Yabassi, Yingui, Ngambe and Ndikiniméki debunk the government’s claim of their non expliotation of the affected areas and the protection of their interest. The forest communities say they use the resources of this rich biodiversity for food, health care and cultural activities.

Environmentalists say the Ebo forest is biodiversity with over 35 million tonnes of carbon and home to over 12 tree species yet unknown to science.

The forest also host chimpanzees, forest elephants, grey parrots and other species on the IUCN Red List of Threatened and Endangered Species.

‘Apart from its rich and vast forest expands Ebo forest is also home of the world's only chimpanzees that both fish for termites and crack nuts; a small population of gorillas that may be a new subspecies; and one of only two remaining populations of Preuss's Red Colobus, a Critically Endangered Monkey. Ebo Forest also makes up one half of a Key Biodiversity Area, making it a site of global importance to the planet's overall health ,’’ says Ekwoge Abwe Enang, Assistant Monitoring Coordinator at WCS- Ebo Forest Research Project.

It is home to at least 160 species of birds, most of which are unique to Ebo he says.

The Cameroon government had since 2006 announced its intention to transform the Ebo forest into a national park, a promised that was saluted by the local population and the international community.

Now with decree the local residents fear the exploitation of the concessions in the Ebo Forest will deal a fatal blow to the national park project and Forest as a whole.