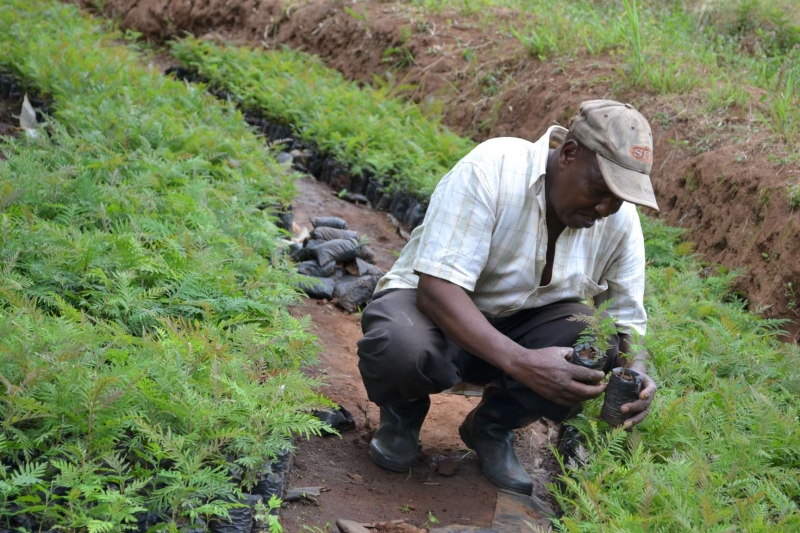 Drawing examples from Brazil and Nepal where thousands of community-led forest initiatives have significantly slowed down deforestation, the experts say such success cases could easily be replicated in Africa to drive efforts towards sustainable forest management.

A case study from Nepal presented at a workshop organised by the Africa Forest Forum in Nairobi shows that supporting communities  to take care of their own forests led to a 37 percent drop in deforestation and a 4.3 percent decline in poverty levels between 2000 and 2012.

“Forest experts say this should be the way forward for Africa,” said Dr Julius Chuezi Tieguhong, a forest research scientist. “Giving local communities in Africa the chance to look after their own forests will permit them intensify measures against illegal logging and other abuses because they know the forest is their future,” he said.

He observed that community forest management can help achieved a clear win-win for local people, protect the environment and fight against poverty.
Another expert, Cecile Ndjebet of the African Women's Network for Community Management of Forest, abbreviated in French (REFACOF) emphasized on the need to drive sustainable forest management by providing local women with alternative income generating activities that keeps them away from destroying their forests, which is a lifeline to their future.

She cited the case of Cameroon where a government supported agriculture programme for local farmers has enabled forest community women to engage in processing, packaging and marketing of non-timber Forest Products for income generation.

She says the success of the programme has kept the women off their former trade of burning charcoal to raise income.

“When women and local communities are empowered to secure their rights to land and provided environment friendly income generating activities, they can conserve resources and prevent environmental degradation,” Cecile Ndjebet said.

Experts expressed concerns that the neglecting of local communities in forest management systems could only aggravate deforestation globally.
Deforestation is the second leading cause of climate change after fossil fuels, accounting for almost a fifth of planet-warming emissions, according to the UN Food and Agriculture Organization.

Cutting down forests can also harm livelihoods and cause tensions, as people compete for fewer resources, noted the UN report.

According to a 2018 analysis by the Rights and Resources Initiative, a global land rights coalition, indigenous peoples and local communities legally own only about 15 percent of forests land worldwide, a situation that relegates them to the background in sustainable forest management efforts.

Environment experts say African leaders and policy makers have to grasp the scale of the challenge to get local communities involved in forest management at all levels to better address poverty eradication and environmental protection in the continent.

According to AFF, a stronger response by governments, public organization and the private sector is needed to drive sustainable forest management to permit Africa fight against poverty and help preserve forest depletion that is surging across the globe.