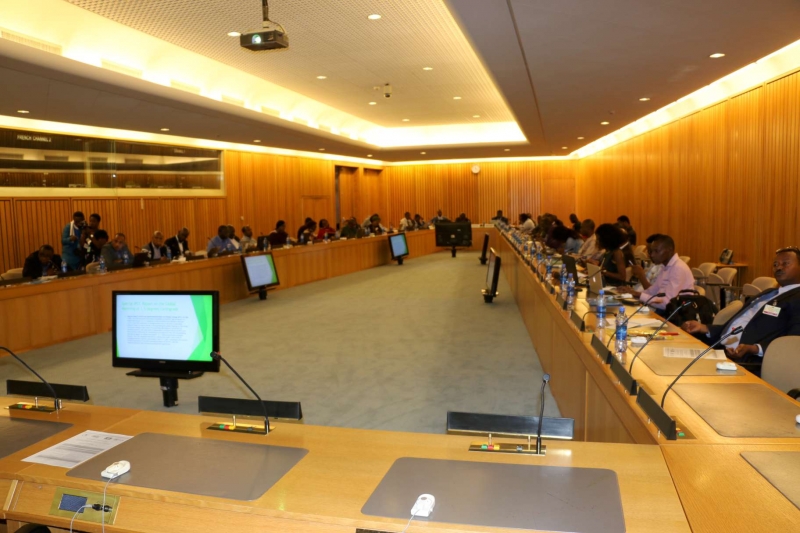 ADDIS ABABA, Ethiopia (PAMACC News) – Climate change has weakened and it will continue weakening African economies as countries struggle to counter its impacts, experts attending an event on the sidelines of the traditional Assembly of the Heads of State and Government of the African Union for 2019 in Addis Ababa, Ethiopia have observed.

In a speech read on his behalf at an event organised by the Pan African Climate Justice Alliance in collaboration with the United Nations Economic Commission for Africa UNECA, Harsen Nyambe Nyambe of the Department of Rural Economy and Agriculture at the AUC observed that the cost of climate change to GDP is escalating due to reduced agricultural productivity and higher costs of adaptation.

The experts, some of them drawn from the United Nations, the environmental civil society organisations, academia and African governments observed that apart from grappling with poor agricultural productivity due to poor climatic conditions, human displacement has had untold impacts on nearly all the African economies.

“In my country Rwanda, the government has always been forced to move hundreds of families each year to safer grounds, and these are budgets that we have not planned for,” said John Bideri, the Chair of the PACJA Board, an organisation that brings together over 1000 climate related civil society organisations .

He observed that many other people have as well been forced to move to other continents as refugees due to climate related hostilities and phenomena. “Why are people moving away from Africa, and yet, Africa is the most endowed continent on earth?” he paused.

A World Bank Report shows that unless urgent action is taken to reduce greenhouse gas emissions, up to 143 million “internal migrants” will be forced to move within their own countries to escape the gradual effects of climate change by 2050.

Globally, the Internal Displacement Monitoring Center (IDMC) points out that an average of 22.5 million people have been displaced each year by climate or weather-related disasters in the last seven years, equivalent to 62,000 people every day

“We should continue playing our roles as African countries, but also demand for our rights,” Bideri told experts in Addis Ababa.

Already, Africa is experiencing higher warming and more extreme weather events, leading to disruptions in ecosystems, economies and livelihoods. These disruptions are in turn causing new insecurities in the populations of the continent, leading to conflicts, displacements and dis-empowerment.

The experts from the African Climate Change community were discussing in a meeting to examine how adequate the outcomes of the COP24 – the “Katowice Climate Package” - is in driving effective actions to address climate-induced human insecurity in Africa. The outcomes will be presented to the Assembly of the Heads of State and Government of the African Union.
So far, the Global Compact for Safe, Orderly and Regular Migration (GCM), under the auspices of the United Nations, agreed on by leaders from 164 countries in December 2018 in Marrakech, Morocco, does cover "all dimensions of international migration” and aims to strengthen the international response to large movements of refugees and protracted refugee situations. It has 10 principles which address the effect of climate change on migration.