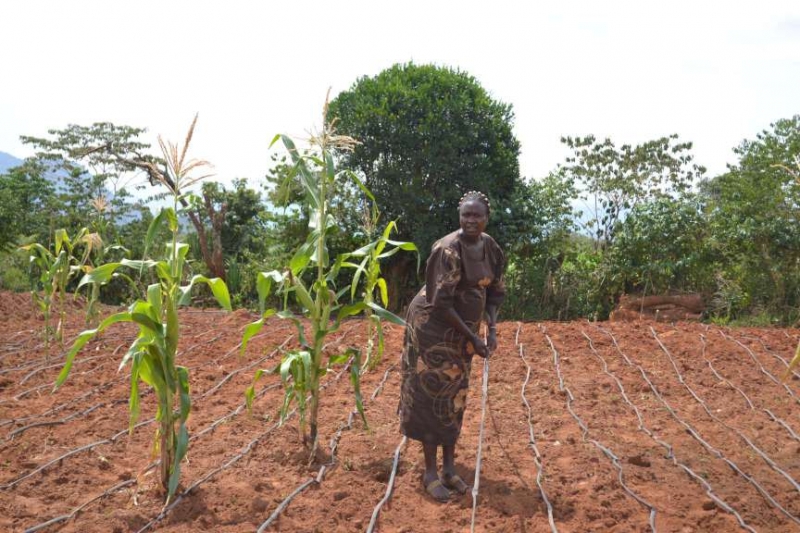 The beneficiaries, according to Joseph Muhwanga, the Project Manager for the Climate Smart Agriculture-East Africa (CSA-EA) Programme at the SNV, will include smallholder farmers, farm input providers, small and medium business enterprises, agriculture service providers and cooperatives in Kenya, Uganda and Tanzania, who are keen on investing in the targeted value chains.

“10 million Euros ($11.2 million) has already been set aside and will be given directly to different business cases that meet the laid down criteria in the next five years,” said Muhwanga.

The main aim of the five year programme is to increase food production using climate smart agricultural solutions in the wake of changing climatic conditions.

According to the UN Food and Agriculture Organsation (FAO), the rising temperatures and increased frequency of extremely dry and wet years are expected to slow progress toward increased productivity of crop and livestock systems and improved food security, particularly.

In that regard, one study led by the International Food Policy Research Institute (IFPRI) points out that in order to place the impacts of climate change into context, there is need to look first at changes that affect demand for food and other agricultural commodities, and then at changes affecting supply.
According to Muhwanga, the SNV led programme seeks to support the entire value chain of pulses, oil seeds, potatoes and cereals using a climate smart approach.

“We’ll be seeking to directly support entrepreneurs who choose to venture in business ideas and strategies that are too risky for any financial institution to support, but meet the project expectations,” said Muhwanga.

Such business cases or ideas must demonstrate involvement of smallholder farmers, must be climate smart or environmentally sustainable, should be all inclusive in terms of women and youth, and must make economic sense to the business champion and other value chain actors. But most importantly, the ideas should be scalable or replicable.

“The maximum amount available for any given business idea is 200,000 Euros ($224,000) or 50 percent of the total business case cost,” Muhwanga said.
In Kenya, the project will focus on 12 counties that include Makueni, Kitui, TharakaNithi, Meru, Embu, Kirinyanga, Nyeri, Laikipia, Nyandarua , Nakuru, Bomet andNarok, while in Tanzania, the beneficiaries will be agripreneurs fromMbeya, Katavi, Njombe, Ruvuma,Songwe Arusha, Kilimanjaro, Dodoma, Singida, Tabora and Manyara.

So far, SNV has already started engaging farmers, and other agripreneurs to assess and interrogate current strategies that are in use, identify new and innovative strategies that could be implemented and or up-scaled in order to increase productivity and income and enhance resilience for various value chain actors working along the pulses, oil seeds, potatoes and cereals.

“We have already visited two counties in Kenya, where we assessed te existing strategies by farmers, devolved governments, entrepreneurs, agricultural service providers among other actors so as to understand the existing bottlenecks with an aim of finding long term solutions,” Muhwanga told the PAMACC News during an agripreneurs workshop in Nakuru, Kenya.

This comes after the three countries are still feeling the shock from the prolonged drought that extended beyond March and part of April, which in traditionally the rainy season period.

In general, recent studies have shown that the entire East African region has been experiencing rise in temperatures, unpredictable rainfall patterns, and an increasing number of extreme weather events such as floods and prolonged droughts in the past decades.

Experts have already pointed out that such changes in climatic conditions is already having far-reaching consequences not only for the agricultural sector, but also for the management of natural resources as well as the food security situation for the growing urban and rural population.

“Adoption of climate smart and ecologically sustainable production methods is now the only key to improving productivity of the existing food crop production and supply systems,” said Muhwanga.

The team is therefore working with research scientists for climate projections, so that actors can know what to expect in the near future as they plan for their business ideas.

According to Dr John Recha, a research scientist from Climate Change, Agriculture and Food Security (CCAFS), emission of greenhouse gases into the atmosphere has been on the increase since the industrial times, and this is what has led to global warming and climate change.

By the end of five years, the CSA –EA programme target is to have increase productive capacity and income for 300,000 farmers despite the changing climatic conditions, improved business performance for 50 small and medium entrepreneurs and 30 Cooperatives, and should have enhanced climate resilient sustainable food production practices on 600,000 hectares in the region.

The programme is therefore expected to conduct climate risk analysis of major food value chains and identification of business opportunities in climate smart agriculture, and it will help in business case development and matching grant funding to private sector, small and medium enterprises, and farmer Cooperatives.

It is also keen on investment leveraging through facilitating access to finance, influencing of policy and operationalisation of climate plans at both local and national government levels, and knowledge sharing among countries and networks.