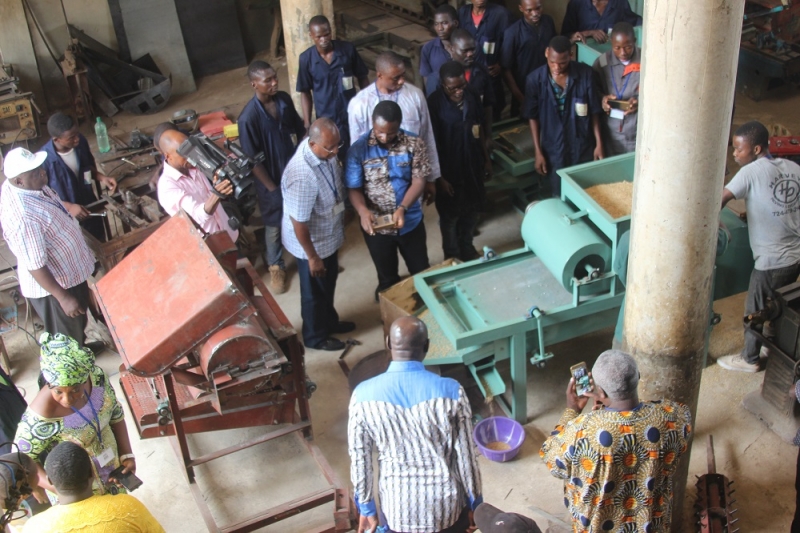 LAGOS, Nigeria (PAMACC News) - As at 2014, rice consumption in sub-Saharan Africa was estimated to be approximately 26 million metric tons (MT). Out of this figure, 13 million MT which represents about one-third of what is traded on the world market, came into Africa via imports.

Rice consumption in Africa is projected to reach 34.9 million tons by 2025. Out of this figure, 12.6 million MT will be imported at a cost of about US$5.5 billion annually.

The demand for rice in Africa is growing as a result of population growth, increased per capita consumption, and a shifting preference toward ‘premium’ rice linked to increased urbanization.

The African Development Bank (AfDB) reckons that the rice sector has the potential to become an engine for economic growth across the continent. To achieve self-sufficiency in rice by 2025, Africa requires the production of nearly 13 million additional tons of premium rice per year.

This will then improve the livelihood of at least 3 million producers and lead to economic gains of about US$5.5 billion per year among African countries.

However, to attain this feat, Africa requires holistic mechanisms which include widespread distribution and commercial adoption of high-yielding, climate-resilient rice varieties, accompanying technologies, and innovations.

It is in this light that the AfDB is supporting the Post-harvest, Processing and Value Addition Equipment Fabrication and Standardization Workshop which began today in Porto Novo, Benin Republic.

Organized by the Rice Compact of Technologies for African Agricultural Transformation (TAAT) in collaboration with AfricaRice and Technique de Construction Mecano Soudé (TCMS), the workshop is expected to harmonise the type and specifications of locally fabricated rice processing equipment earmarked under TAAT.

Funded by the African Development Bank (AfDB), TAAT’s main objective is to improve the business of agriculture across Africa by raising agricultural productivity, mitigating risks and promoting diversification and processing in 18 agricultural value chains within eight Priority Intervention Areas (PIA).

The programme increases agricultural productivity through the deployment of proven and high-performance agricultural technologies at scale along selected value chains which include rice.

Dr. Sidi Sanyang, TAAT Rice Compact Coordinator says the workshop will, in the course of one week, galvanise small and medium scale equipment manufacturers to build and install rice husk-fueled GEM systems and other equipment in TAAT target countries and elsewhere.

“Already, TCMS in Benin has signed a contract of FCFA19.5 million to manufacture and install rice husk-fueled GEM systems in six communities in the Glazoue rice hub in Benin,” Dr. Sanyang added.

While speaking on behalf of the rice equipment fabricators at the workshop, Charles Frimpong, Managing Director of Hanigha Ltd says the increased collaboration between local fabricators in Africa, facilitated by the workshop, will not only enhance knowledge sharing but lead to uuniformity in type and quality of equipment out-scaled under TAAT.

“It will also increase the availability of spare parts for locally fabricated rice processing equipment thereby, improving the quality of locally produced rice which will ultimately lead to increased consumer satisfaction.” Frimpong said.

Led by AfricaRice, a member of the Global Rice Science Partnership that includes experience from Asia and Latin America, the TAAT Rice Compact is already engaging the private sector with a view to achieving rice expansion and intensification in Africa through quality rice seed production, marketing, and mechanization, fortification, packaging and branding.