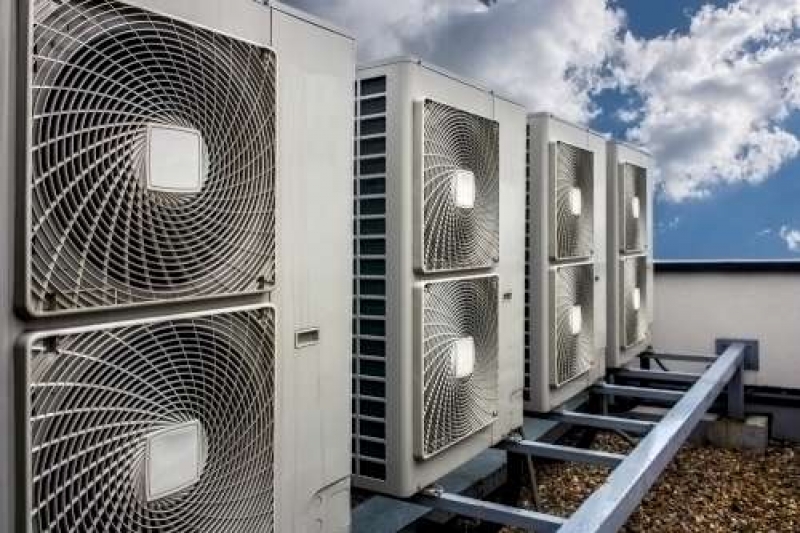 NEW YORK, USA (PAMACC News) - A meeting of ministers and high-level representatives of the Climate and Clean Air Coalition (CCAC) on September 22 agreed to accelerate efforts to significantly reduce short-lived climate pollutants by the end of the next decade in order to put the world on a "pathway that rapidly reduces warming in the near term and maximizes development, health, environmental, and food security benefits". These efforts, they noted, must be complementary to aggressive carbon dioxide mitigation and a transition to a zero-carbon economy by mid-century.

Meeting a day before the United Nations Secretary-General's Climate Action Summit, the Coalition's High-Level Assembly put forward a 2030 Vision Statement that aims to ensure the earth's atmosphere continues to enable people and the planet to thrive by limiting warming to 1.5˚ Celsius and drastically reducing air pollution.

In a message to the Assembly, Finnish President Sauli Niinistö reiterated the urgency required: "Climate change impacts the Arctic faster than any other region in the world. Reducing black carbon emissions is the most immediate way to limit further damage. As a partner of the Climate and Clean Air Coalition Finland is committed to this work on a global scale. Because this is not just a regional emergency. If we lose the Arctic, we lose the globe."

Short-lived climate pollutants like methane, black carbon and hydrofluorocarbons (HFCs) – also known as super pollutants – are many times more powerful than carbon dioxide at warming the planet but because they are short-lived in the atmosphere, preventing emissions can rapidly reduce the rate of warming. Many are also dangerous air pollutants and reductions will benefit human health and ecosystems.

Miguel Arias Cañete, the European Commissioner for Climate Action and Energy, reminded delegates that mitigation efforts must be urgently stepped up across the entire global energy sector, and called on countries to work with the Coalition to reduce methane emissions from oil and gas production.

"We need a swift transition to a low-carbon and a more resource efficient economy to meet these goals. This also requires more action on short-lived climate pollutants," he said. "Given the scale of the challenge, the European Commission is exploring further ways to better measure and report methane emissions across all hydrocarbon industries and reduce methane emissions from energy production and use. There is still a significant potential to reduce emissions with low costs."

The Coalition's goal is to reduce short-lived climate pollutants beyond the recommendations made by the Intergovernmental Panel on Climate Change (IPCC) in its special report Global Warming of 1.5˚C. According to the report, there need to be considerable cuts in emissions of black carbon (35 per cent by 2030), methane (37 per cent by 2030) and HFCs (70 per cent to 80 per cent by 2050) if we are to keep warming below 1.5˚C. The control measures that the CCAC is working on can deliver all recommended methane mitigation, and substantially more with new research for agricultural methane, as well as a 60 per cent reduction in black carbon emissions by 2030 – with up to 80 per cent possible – a 90 per cent reduction in HFC emissions by 2050, and greater energy efficiency in the cooling sector.

Increasing action on short-lived climate pollutants can avoid an estimated 2.4 million premature deaths from outdoor air pollution annually by 2030, prevent as much as 52 million tonnes of crop losses per year, and slow the increase in global warming by as much as 0.6°C by 2050. It can also prevent the climate tipping points that can exacerbate long-term climate impacts and make adapting to climate change harder, especially for the poor and most vulnerable.

Inger Andersen, Executive Director of the United Nations Environment Programme (UNEP), which hosts the CCAC's Secretariat, said the Coalition was tackling two of the world's most serious threats – air pollution and the climate crisis – at the same time.

"We need to urgently tackle climate change and keep temperatures from exceeding dangerous thresholds. Reducing short-lived climate pollutants is an essential ingredient of our strategy," she said. "Polluted air is killing millions of people around the globe prematurely and severely impacting their quality of life. The CCAC is addressing these two issues together. Action on either front contributes to the goals of the other."

The benefits of integrating efforts on climate change and air quality by taking a whole-of-government approach was reiterated by Xie Zhenhua, China's Special Representative for Climate Change, as he launched a new report by the United Nations Environment Programme (UNEP), Tsinghua University and the CCAC called Synergizing Action on the Environment and Climate Change. The report shows how policies that address both air pollution and climate change can effectively rally national, local and societal support for a low-carbon climate strategy because people can see immediate benefits to air quality, urban infrastructure and clean energy development.

"By killing multiple birds with one stone, co-governance of the climate, environment and development is cost-effective and achieves greater economic, social, environmental and climate benefits. It works in China, and I am sure it will work in other countries," Mr. Xie said.

As the world warms, demand for refrigeration and cooling will soar. The Coalition launched its Efficient Cooling Initiative this year to ensure that as the world phases down HFCs that replacement cooling technology is also highly energy efficient.

Shinjiro Koizumi, Japan's Minister of the Environment said, Japan was committed to not just reducing the production of HFCs but was also investing heavily in helping countries recover HFCs from discarded cooling equipment.

New Zealand called on countries to spur action by incorporating ambitious and directed inclusion of agriculture and food systems in enhanced nationally determined contributions (NDCs), ideally by 2020. Agriculture is one of the largest manmade sources of methane; changes to the global agriculture and food system are necessary if we are to address climate change, eliminate hunger and halt biodiversity loss.

Aupito William Sio, New Zealand's Minister for Pacific Peoples, said: "We need to achieve the needed level of transformation in ways that support small-scale farmers, improve the productivity of farms, build resilience, and significantly reduce emissions, particularly of methane and black carbon, across the entire agricultural system. There needs to be a much greater level of targeted investment in the sector, I urge you all to consider how we can make this happen."

Oil and gas production and distribution is another large source of methane and black carbon – a climate problem that can be solved this decade. Fred Krupp, President of the Environmental Defense Fund, called on gas producing and consuming countries to commit to action and reduction targets of 45 per cent by 2025 and 60 per cent to 75 per cent by 2030, or to a near-zero methane intensity target for new developments.

"These targets are realistic and achievable, especially in a sector where technology and financing are largely available, and innovation supports even larger reductions," Mr. Krupp said. "Every oil and gas producing and consuming country can act and benefit. Countries' Nationally Determined Contributions need to become explicit about oil and gas methane emissions."

Patrick Pouyanne, CEO of Total, said: "We cannot do this alone. Involvement of government is essential to send the appropriate regulatory and economic signals to all concerned players. Strong and long-term policy support and regulations are critical to enable the oil and gas industry to invest in technologies and solutions."

Sweden's Deputy Prime Minister, Isabella Lövin, introduced the Coalition's Vision 2030, saying that the contributions of all countries "are key to us reaching our climate and other sustainable development targets". By adopting its Vision 2030 the Coalition acknowledges that its mission must be completed in the 10 years in order to keep warming to 1.5˚C and protect people and ecosystems from air pollution.

Closing the meeting, Carolina Schmidt, Chile's Minister of Environment and COP25 President Designate, said that the science shows that the world needs to work on both non-carbon pollutants and greenhouse gases to ensure the world prevents climate change.

"We must people first when it comes to climate change. Climate action is not about cost it is about opportunities to make a better life. In Chile we know there is a strong link between air pollution and climate action. Santiago currently has the second largest fleet of electric buses in the world after China and people are celebrating this by choosing electric buses over all other transport systems," Ms. Schmidt said. "We wait for all of you in Chile because now it is time for action."