Climate change is not the cause of food insecurity in South Sudan, experts 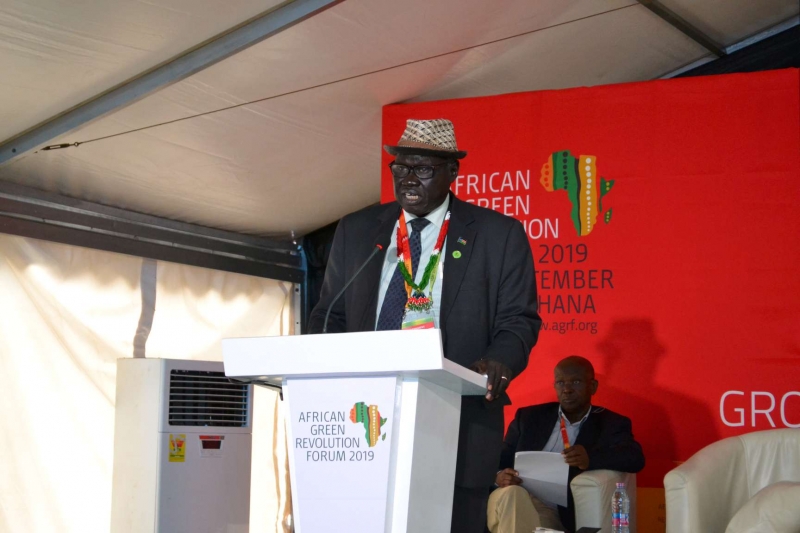 Hsiao Wei Lee, the senior strategy advisor and head of programme at World Food Programme (WFP), South Sudan, said during the 2019 AGRF in Accra, Ghana, that it is becoming problematic to rebuild the country due to weakened trust among the people and institutions there.

According to Lee, military institutions in the country have taken over key decision making activities, there, leaving out its people. Yet the people are the ones mostly affected by sporadic conflicts in South Sudan.

“Livelihoods in South Sudan depend highly on free movement but this is being constrained by conflict. People are not able to keep up with coping strategies,” said Lee.

Latest research conducted by her agency indicated that over 90 per cent of the population in South Sudan would like chiefs and communal groups to be wholly involved in peace building.

This is because even short term conflicts have long term impacts on communities, especially when it comes to food insecurity.

Agnes Kalibata, the president of the Alliance for a Green Revolution in Africa (AGRA), said climate change is being blamed for food insecurity in the country, yet it is conflict that is leading to worsening hunger there.

According to her, two thirds of the people of South Sudan are going hungry due to conflict, yet there are attractive investment opportunities in the country that can make it prosper.

“South Sudan is in a better position compared to about a decade ago. AGRA’s programs there have proved that there are agriculture investment opportunities that can be a game changer for the country,” said Kalibata.

Over 400,000 people in the war torn country have died due to conflict since 2013. Two million more live in neighbouring countries as refugees.

While this is the case, over 85 percent of the population live below the poverty line, while 60 percent of these depend on humanitarian assistance.

But this situation can be improved. All that is needed is to tie peace building with humanitarian aid and development, according to Patrick Diskin, the U.S. Agency for International Development (USAID) deputy mission director in South Sudan.

“It is impossible to provide humanitarian assistance where there is no peace. The people also need to be educated and exposed to formal jobs,” said Pierre Vauthier, the Food and Agriculture Organization of the United Nations (FAO) South Sudan country representative.

However, Henry Taban, the executive director and chairman of the Rural Action Against Hunger in South Sudan, said the Partnership for Recovery and Resilience (PfRR) programme in South Sudan is helping restore the social fabric in the country.

This, he said, is being done through building partnerships with community groups, NGOs and UN agencies.

“Building partnerships is the best model to help in the recovery process of South Sudan,” said Taban.