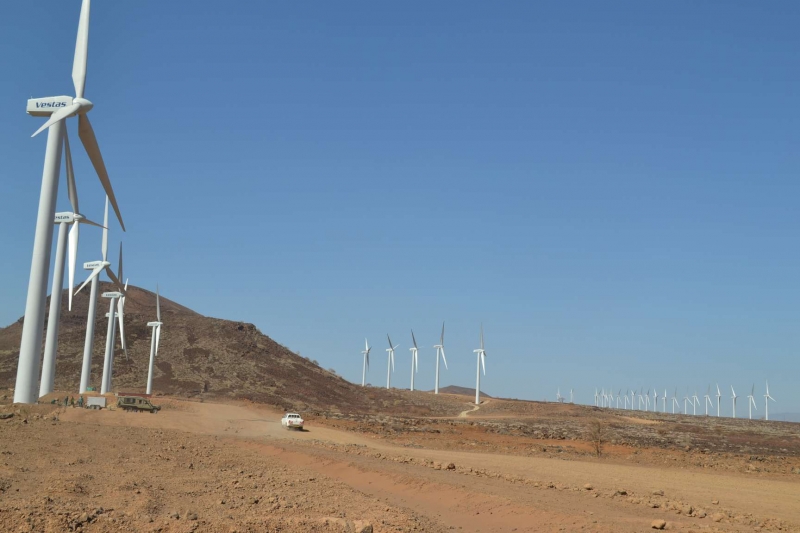 CAPE TOWN, South Africa (PAMACC News) - The green energy sector, water, climate smart food systems and low carbon constructions for human settlements are some of key priority areas for private sector investments that will support South Africa’s climate change outcomes, according to new study released on 10th January 2019 on the sidelines of the Partnership for Action on the Green Economy (PAGE) Ministerial Conference.

The study released by the Southern Africa Climate Finance Partnership (SACFP), with support from the UK Department for International Development (DFID) and the Swiss Agency for Development Cooperation (SDC) further points out that investment in waste recycling and management, where the waste materials are converted into energy such as biogas is also another priority area for investment for positive climate outcomes.

“[This] study is important because it seeks to build on the existing body of knowledge pertaining to the mobilisation of private sector finance for climate change action,” said Mohamed Allie Ebrahim, the lead author of the study on’ the potential private sector investment priorities that support South Africa’s climate change outcomes.’

“Moreover, [the study] provides broad recommendations on how to enhance efforts to mobilise private sector finance at scale through leveraging the concessionality of the Green Climate Fund’s financial instruments within South Africa,” said Ebrahim in a statement.

However, appropriate and innovative climate finance mechanisms are required to catalyse and scale private sector finance for low-carbon climate-resilient development.

The 123 page document points at the use of market aggregator mechanism to create scale, pool risk, reduce costs and improve project viability as one of the selected innovative climate finance mechanisms and/or concepts that can be used.
Another innovative mechanism identified is the use of funding solutions that address the upfront infrastructure finance gap, by introducing credit-worthy third-party owners and or operators of infrastructure who, in turn, enter into long-term contracts with end-users - among many other mechanisms.

It further explored the possibility of establishing a South African Climate Finance Lab, similar to the Brazil Lab or India Lab, which serves as a mechanism for identifying and incubating standalone high-impact, transformative projects.

It called for a sustained capacity building with respect to project development, project finance and project implementation, especially at the sub-national level (municipalities, local project developers and financial institutions), including enabling environment support, policy advocacy and technical assistance including understanding the role of Executing Entities under the Green Climate Fund (GCF).

In South Africa, the energy sector is the single largest contributor to the country’s total greenhouse gas emissions (81.7% in 2012). Despite the significant increase in renewable energy to the national energy mix from 2000 to 2012, the overall carbon intensity of the national energy system remained fairly constant.

However, the government has committed to its shared responsibility for responding to climate change, through the ratification of the United Nations Framework Convention on Climate Change (UNFCCC), the Kyoto Protocol and the Paris Agreement.

In terms of South Africa’s Nationally Determined Contributions, South Africa has committed to a GHG emission trajectory that peaks between 2020 and 2025, plateau for approximately a decade (until 2035) and begin declining in absolute terms thereafter.