Message for Kyle McCarter: Coal is not an option for Kenya 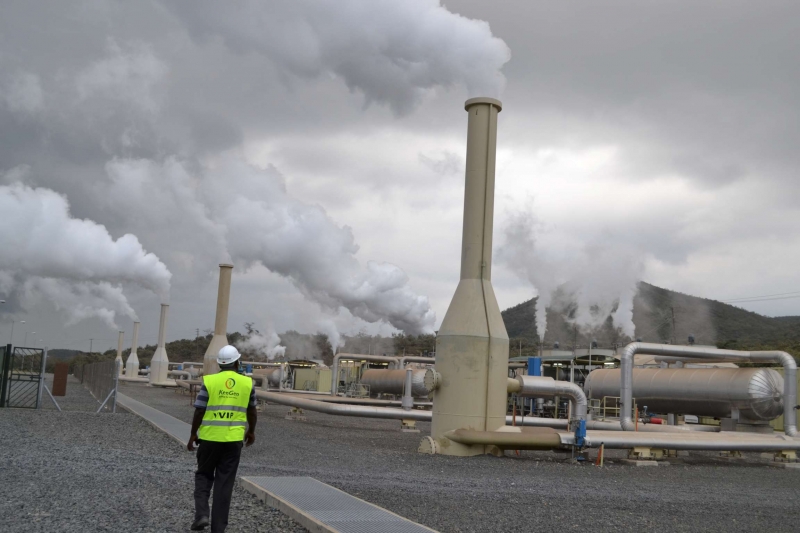 NAIROBI, Kenya (PAMACC News) - A recent ruling by the Kenyan National Environment Tribunal putting on hold the construction of a controversial coal-fired power project in Lamu County came as a relief to many Kenyans and environment champions, not forgetting the Lamu people who were going to be directly affected by the Project.

This, however, was not the case with the US Ambassador to Kenya, Kyle McCarter, whose Boss, President Donald Trump, has expressed bias regarding such climate-polluting technologies viewed as contributing to the accumulation of Greenhouse Gases. In a string of tweets seemingly meant to insinuate the five-judge bench that delivered the ruling at the Supreme Court was misguided, and worse still, incompetent, Mr McCarter exhibited the true personality of President Donald Trump, who has pulled his country out of the landmark Paris Agreement and any globally-agreed framework to combat climate crisis.

Yet we have seen better American envoys in Kenya. A day like thisJuly 7 was always a time to watch in the history of Kenya, as champions of democracy pushed for multi-partism. Such pushes were supported by one Smith Hempstone, a US Ambassador to Kenya between 1989 and 93, and who was an aggressive vocal proponent of democracy for Kenya. He wanted the best for Kenya, unlike his equal now, who has clearly displayed dislike for this country by supporting the dangerous Lamu power project.

Though the ruling is not afinality - an Environmental Impact Assessment study has been ordered conductedand a licence issued to the AMU Power to proceed with work on the ground cancelled - the tribunal ruling was a deserved victory for thousands of Lamu residents, Kenyans and well-wishers who have battled this toxic project.

The National Environment Management Authority (NEMA) and the AMU Power were also admonished for not ensuring adequate public participation on the project and asked to do better. And as we wait to see whether AMU Power and NEMA will appeal within 30 days after the ruling as advised by the tribunal, we can only wish that McCarter was not intimidating an independent institution to serve his partisan interest, which we all know – President Trump’s climate-denial diplomacy.

In the past, the US was a global moral paragon of hope, standing with the most vulnerable, the powerless and those at the frontline of autocratic persecutions.

Currently, however, Trump, and to an extent, his representatives, stand for the opposite of what their predecessors stood for – standing with the mighty against the poor and those facing environmental and human rights abuses worldwide. Tragically, this should be the lowest moment for the United States.

That a US government official appointed by the President himself would appear to belittle arguably the most independent Judiciary in Africa, and champion implementation of a project thatwill clearly leave voiceless people more troubled than they have been, with more debts than they can manage, cannot be fathomed.

It is absurd, and indeed beats logic that a person of McCarter’s ilk can openly lie that coal is “environmentally sound” in a continent where no one has ever witnessed even the mere rehabilitation of a dumped mine. Facing pressure from communities, thousands of coal mines have been decommissioned across United States.

Though Trump promised to promote coal as the main source of energy during his term, few, if any, have been establishedsince he took over from his predecessor, President Barrack Obama.

Assuming that the Lamu Coal Project would lead to growth of theKenyan economy; have we analysed the opportunity cost?

We have many unexploited options, if the growth of Kenya’s economyis the true motivation for such a project. We have agriculture, tourism, art, ports, energy, transport and many other safer economic pillars that would grow this economy without harming a fly, but they have not been exploited.

Even if we were to think of the energy sector alone, wind and solar energy lie idle in this country, and we have not lacked power yet.

This only leaves questions in the minds of many: What interest does the US have in the coal-fired Project? How will the economy grow if the Kenyan taxpayer issubjected tounsustainable debts, even before we can start producing power? Do weneed the power produced in that manner when our renewable, safer and cleaner energy sources have not been scratched beyond the shallow surface?

And where is the assured demand for power that we should consider our already available sources inadequate and rush to import coal just to produce power for commercial purposes?

With coal companies staring at massive losses and bankruptcy due to community pressure in the US, China and the other major economies, the only destination to survive could be Africa and other poor regions of the world.Thus, McCarter’s ranting about the ruling by wise judges is not about the integrity of the energy source, but potentially precedent-setting ramifications to coal multinational corporations eyeing Kenya and African countries as dumping site for this obsolete technologyrejected by their citizens.

The US has always appeared as being against corruption. McCarter should open his eyes wider and see the mouths salivating for this Lamu project. There are, and there will be tenders, and there are rent-seekers. This McCartermust be knowing by now.

Secondly, the need to grow an economy must not supersede the need for human and other ecosystems to exist. Wedo not want to die just so that the economy can grow. Who would it be growing for?

Thirdly, this project would need importation of coal. Someoneis aiming to make profit, a huge one, by selling coal to us. Kenya is not desperate for power, more so if it has to come at the cost of biodiversity.

The US envoy can pretend to be ignorant about the climate-polluting, carbon emissions associated with coal-fired projects and argue that coal is “the cleanest, least costly option”. But he should be kind to tell us what to do with what we already have, of which we do not consume even 10%.

Just one expert at PACJA will be available to tutor Kyle McCarter– free of charge - on the dangers of coal: Out of our total energy, 70% is green. We generate 534MW from geothermal, and will by 2022 be doing 1,119MW. Our total geothermal potential is 10,000MW. We have not exploited wind and solar energy. The 365 turbines in Lake Turkana have a potential of 310MW.

The US Government must come clear on its interest on the coal-fired plant.

Mr Mwenda, has been nominated as the recipient of the 2019 EarthCare Award by United States of America’s largest Environmental Organisation, Sierra Club in recognition of his outstanding environmental advocacy in Africa and globally. He was recently named as one of the “100 most influential people in the world on climate policy”.